Ivanka Trump mercilessly mocked for comparing her dad to Jefferson: 'Change your name -- it's not too late!' 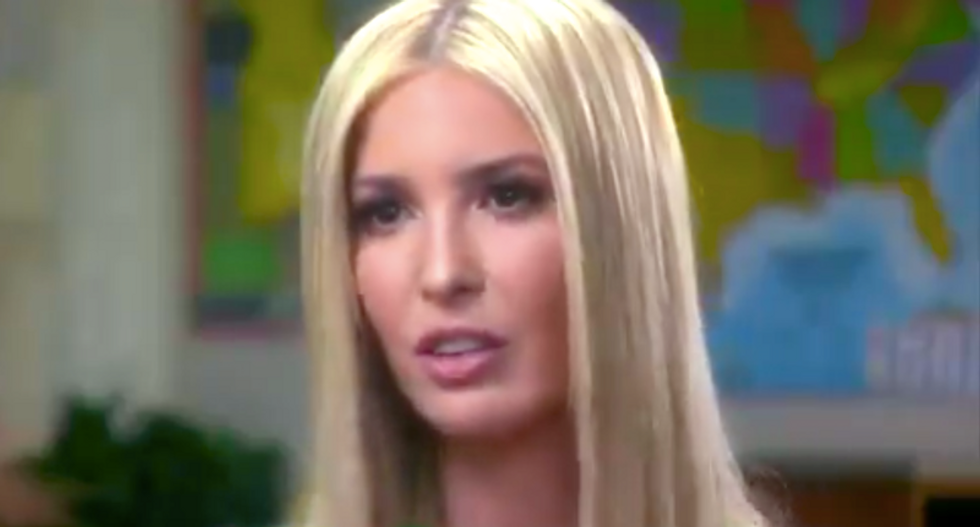 Ivanka Trump compared her father to Thomas Jefferson minutes after the U.S. House of Representatives voted to move forward on impeachment -- and she was mercilessly mocked.

President Donald Trump's eldest daughter and senior White House adviser quoted a letter from Jefferson to his daughter, Martha, to complain about "enemies and spies" in Washington "inventing" misdeeds.

"'…surrounded by enemies and spies catching and perverting every word that falls from my lips or flows from my pen, and inventing where facts fail them.' -Thomas Jefferson’s reflections on Washington, D.C. in a letter to his daughter Martha," she tweeted. "Some things never change, dad!"

“…surrounded by enemies and spies catching and perverting every word that falls from my lips or flows from my pen,… https://t.co/yU97ymE82p
— Ivanka Trump (@Ivanka Trump)1572536099.0

@IvankaTrump The line has been drawn, dearie. Get out of the White House and go work on his campaign. You're breaking the law.
— Chris Griffith (@Chris Griffith)1572536490.0

@IvankaTrump I can't wait to see your mascara running down you cheeks when your daddy is found guilty and removed from office.
— Bud Spencer (@Bud Spencer)1572536211.0

@IvankaTrump So, Ivanka, couple things: a.) Jefferson worked his whole life to ensure the president was not above t… https://t.co/pqSXP2F4SM
— David Rothkopf (@David Rothkopf)1572537036.0