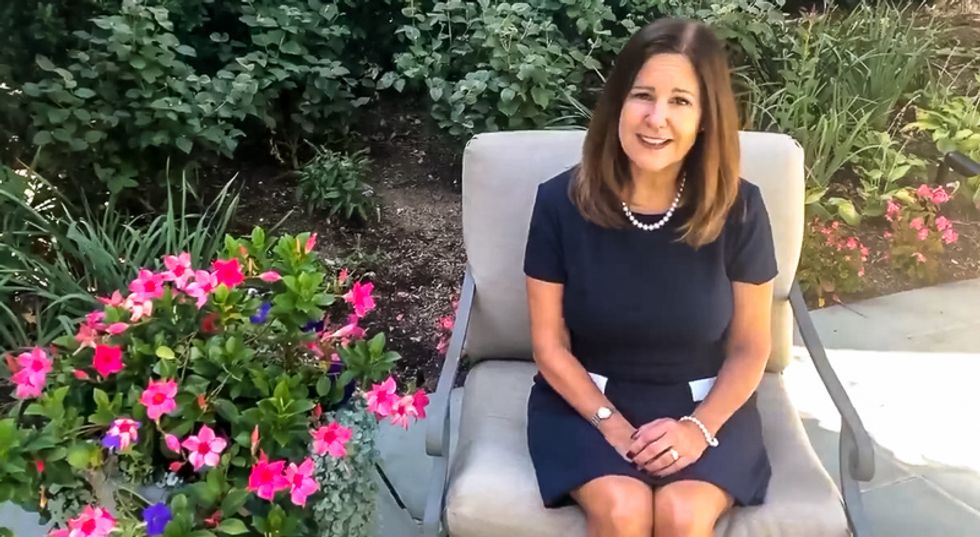 "Tonight, in Minnesota, state the campaign really wants to win, @SecondLady is on stage praising POTUS. She says she likes how he treats young women and sees the respect he has for his daughters," tweeted New York Times correspondent Katie Rogers.

“As a mom, I was all in,” Mrs. Pence said, after she watched Trump with her daughter, Charlotte.

Trump boasted that he would walk into the backstage changing rooms at the Miss USA pageant to look at the half-naked girls there. It came in a 2005 interview with Howard Stern, where Trump bragged about what he would do to look at the teens, some as young as 15.

“Our first introduction to him was when we were at the dress rehearsal and half-naked changing into our bikinis,” said Tasha Dixon, a former Miss USA contestant. “He just came strolling right in. There was no second to put a robe on or any sort of clothing or anything. Some girls were topless. Other girls were naked.”

“You know they’re standing there with no clothes. Is everybody OK? And you see these incredible looking women. And so I sort of get away with things like that," Trump described to Stern in 2005.

Trump has also been accused of sexual assault or sexual harassment by dozens of women and paid off multiple women for affairs he had while was married to the first lady.

The second lady was reportedly "livid" about the "Access Hollywood" tape when it was released on television. Trump admitted on tape that he likes to grab women's genitals without their consent.

A book on Mike Pence, Piety & Power: Mike Pence and the Taking of the White House, revealed that on election night his wife refused to kiss him.

“You got what you wanted, Mike. Leave me alone," she told him.