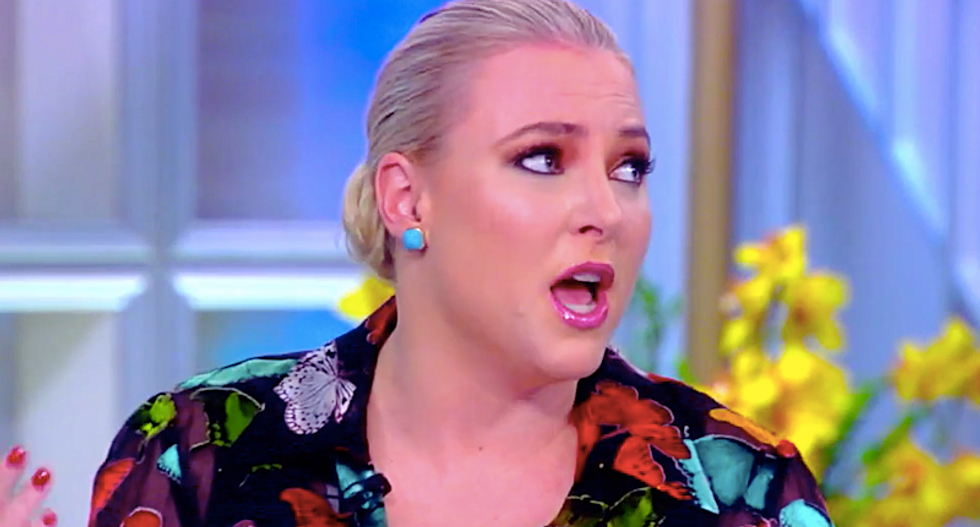 Meghan McCain was "confused" when the audience for "The View" burst into laughter at former Rep. Trey Gowdy's partisan hypocrisy on the rule of law.

The South Carolina Republican complained at length in a 2012 speech that the Obama administration was withholding documents in the Benghazi probe, and the studio audience laughed at video of his remarks now that he's joining President Donald Trump's legal team.

"I'm confused why everyone is laughing," McCain said, "because my take on it is that they have been having closed hearings, and don't we want as much transparency as possible?"

Co-hosts Whoopi Goldberg and Joy Behar explained the audience was laughing at Gowdy's hypocrisy, because he's now defending a president who's blocking witnesses and documents from congressional oversight.

Goldberg wasn't convinced, and she and co-host Sunny Hostin laid out evidence of Gowdy's hypocrisy as McCain glowered.

"Democrats also aren't bringing things into the light of day," McCain said. "I want to see the congressional testimonies, which, by the way, it is unprecedented that there is no confidential information that has been told in these hearings with Kurt Volker. I believe the American public -- it should be live on TV, and we should hear what they have to say. It seems like Democrats don't want me to know what they're saying."

Goldberg argued she was missing the point that Trump and his allies are treating congressional oversight as optional, but McCain continued to insist Democrats were hiding something.

"People in the text messages, (Rudy) Giuliani and Kurt Volker, I would like to see what they have to say," McCain said. "Maybe it isn't as damning as what Democrats are saying. By the way, if I was in a fox hole, I would want Trey Gowdy in there with me."