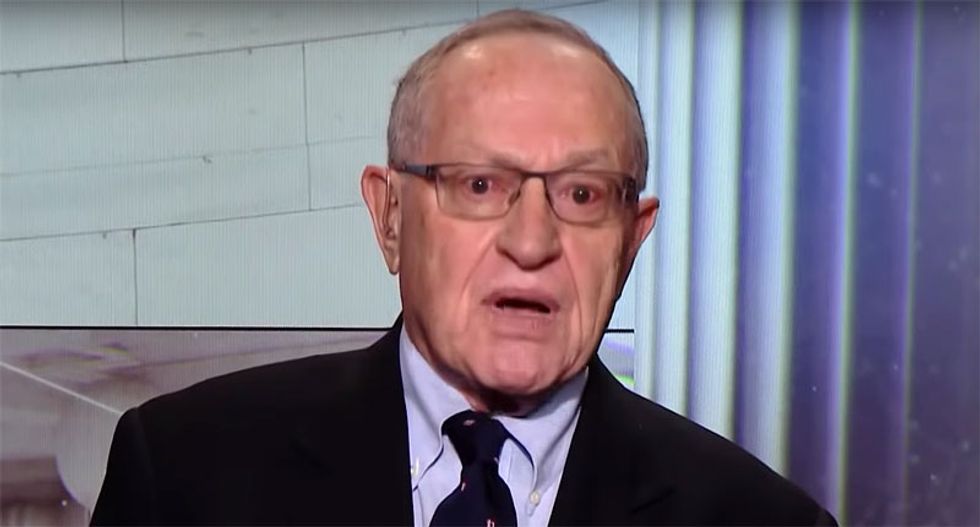 Responding to a recent Wall Street Journal column by former Harvard Law School professor Alan Dershowitz maintaining Founding Father Alexander Hamilton would not approve of the impeachment of Donald Trump, a conservative columnist for Bloomberg claimed the president's defender got a little too creative with his legal defense.

According to Dershowitz, "The Framers wanted an independent president who could be removed only for genuine wrongdoing. So they agreed to the criteria that became part of the Constitution: 'treason, bribery, or other high crimes and misdemeanors,'" adding, "[Alexander] Hamilton didn’t say the process of impeachment is entirely political. He said the offense has to be political."

"If Hamilton’s words sound prescient, it is because he foresaw how the process of impeachment and removal could easily be exploited for political advantage, as Democrats are attempting now and Republicans tried to do when they impeached President Clinton in 1998," Dershowitz argued.

"In the past, Dershowitz has been willing to get creative in his legal arguments. After Trump said that he would appeal any impeachment attempt to the Supreme Court, Dershowitz claimed that it was 'certainly possible' that the court would stop the Senate from holding a trial," the conservative columnist wrote before conceding, "Dershowitz’s new Wall Street Journal op-ed article is less outlandish. It even gets some key points right."

"But he [Dershowitz] goes badly wrong when he tries to interpret the phrase in a way that immunizes Trump," Ponnuru said, before elaborating, "But that can’t be right. James Madison said during the Virginia ratifying convention that the Constitution provided 'one security' against a president who urged a crime and then pardoned it: impeachment and removal. Dershowitz’s error about this specific example establishes his error on the general point, which is that Congress may impeach and remove a president for exercising a constitutional power in a corrupt or abusive manner."

Saying Dershowitz is attempting to award a "grant of immunity" to the president, Ponnuru said his reasoning falls apart and that Congress has every right to proceed.

"Members of the House and Senate will have to decide whether pressuring a foreign government to supply dirt on a political rival is just as acceptable as pressuring a foreign country to supply a trade concession that is helpful in a swing state," he explained. "The question Dershowitz raises, then, is whether our reasonable and conscientious member of Congress should hesitate to vote against a president for conducting foreign policy for personal advantage because it requires making a judgment – because it necessitates acting on a standard that cannot be articulated in the mechanical way we would ideally want a legal rule to be."

The conservative columnist then urged lawmakers to take Dershowitz's interpretation with a grain of salt.

"A member of Congress who concludes that a president needs to be removed for the country’s protection should not be dissuaded by legalistic arguments that don’t match the constitutional design," he concluded.

You can read the whole piece below (subscription required).