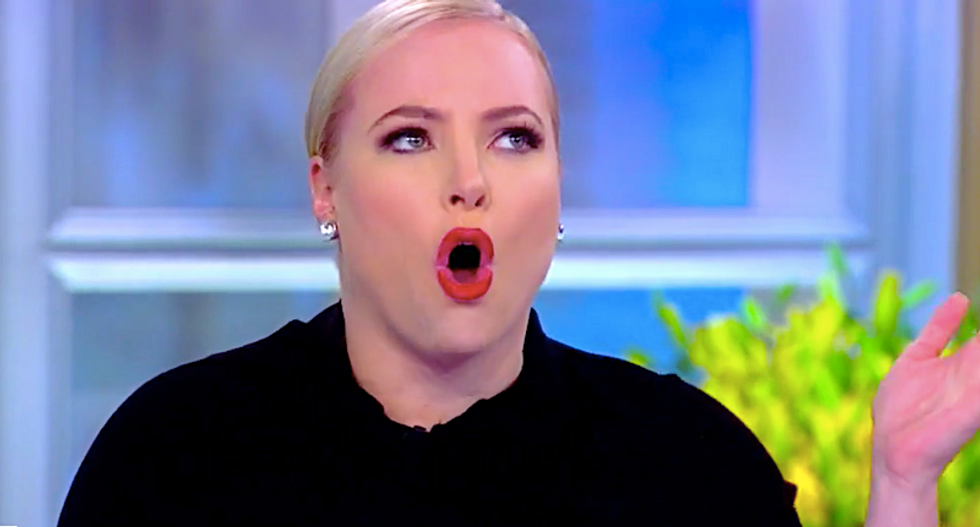 "The View" host Whoopi Goldberg condemned the video, which was shown at a political event attended by Donald Trump Jr. and Sarah Huckabee Sanders, as "insanely disturbing," and McCain blasted Republicans who were untroubled by it.

"I've been getting into it on Twitter with this, and people are saying, 'This is just free speech or being a snowflake, you're so sensitive,'" McCain said. "You're talking about sitting senators and congresspeople, Maxine Waters, President Obama, the Clintons, my father. You can't kill him again, but whatever. Black Lives Matter -- these are real people."

She called out Trump Jr., Sanders and Florida Gov. Ron DeSantis, who was also at the event, for not speaking out against the video.

"I am not someone who thinks we can't have content and entertainment and writing and that talking about violence is important, but this is an entirely different thing when you use pictures of actual people who are still alive," McCain said. "How easy for all of you judging me that I'm offended and upset by the video. You try doing this when a member of your family has continued to have this happen over and over and over again, and it doesn't seem to matter to anybody in Trump world whatsoever."

"You conservatives on Twitter, if this were the opposite," she added, "it happened at an Obama event, you'd be screaming bloody murder. So stop."