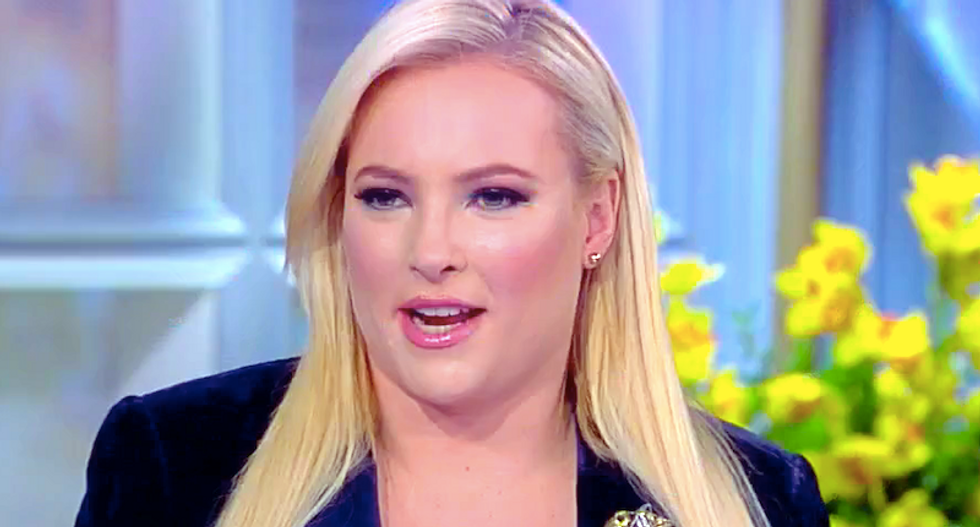 Meghan McCain bragged that her marriage has been successful because her husband was a conservative.

"When we went out the first time, I was like, this is a totally different vibe and it’s way better," McCain told Shapiro. "I tell women: Conservative men have better family values, and they take dating and family and marriage more seriously."

McCain, 34, married Domenech, 37, in November 2017, after her father John McCain was diagnosed with cancer.

"I think if you’re serious, which I was when I met my husband, about getting married and having kids and wanting to go to the next phase, I just found," she said, "finally dating a conservative man was the one. He took it seriously."

Domenech had mocked the idea of dating McCain in a 2012 tweet, but she said her husband had been a huge support during the worst year of her life, when her father died and she endured a miscarriage.

"Nobody is more surprised by the man I ended up marrying than me," McCain said. "I say that with supreme love and respect. I'm deeply in love and he's the best decision I've ever made, but he's the most conservative man I've ever met."

Domench resigned from the Washington Post in 2006 over plagiarism allegations, and he was forced to apologize for falsely identifying Supreme Court Justice Elena Kagan as a lesbian and was exposed for writing paid propaganda for the Malaysian government.

"My husband has been the most incredible (man),” McCain said. "I hope every woman has the kind of husband I have. I say that as someone who dated every (expletive) in West Hollywood possible before I met my husband."