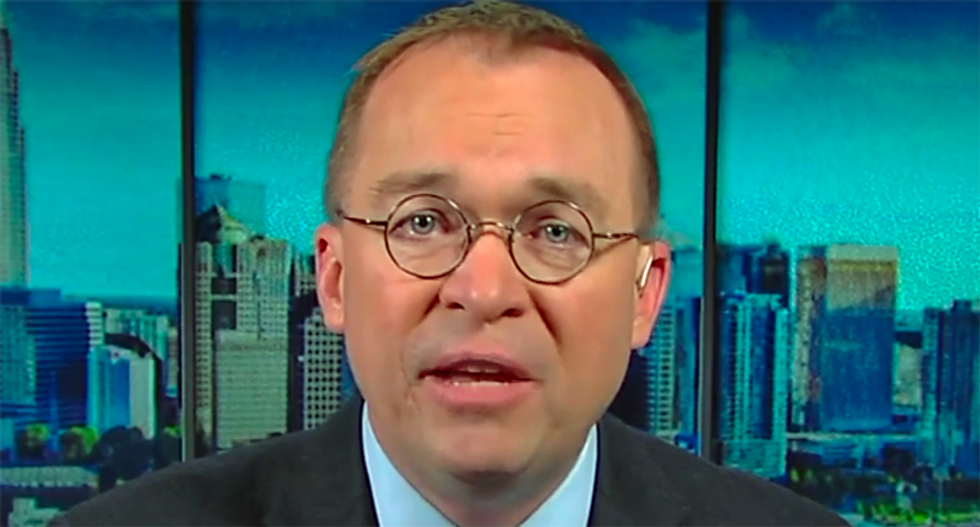 On Thursday, White House Chief of Staff Mick Mulvaney attempted to argue he never claimed there was a quid pro quo in President Donald Trump's diplomacy with Ukraine:

NEW: Mulvaney walks back today's press briefing: “There never was any condition on the flow of the aid related to t… https://t.co/nNCa4OcSBN
— Peter Alexander (@Peter Alexander)1571349242.0

Just hours before, Mulvaney openly admitted that the White House made foreign aid conditional on helping Trump investigate his political opponents — stunning the president's legal team and drawing criticism even from Republicans like Sen. Lisa Murkowski (R-AK). His new denial directly contradicts what he said on camera.