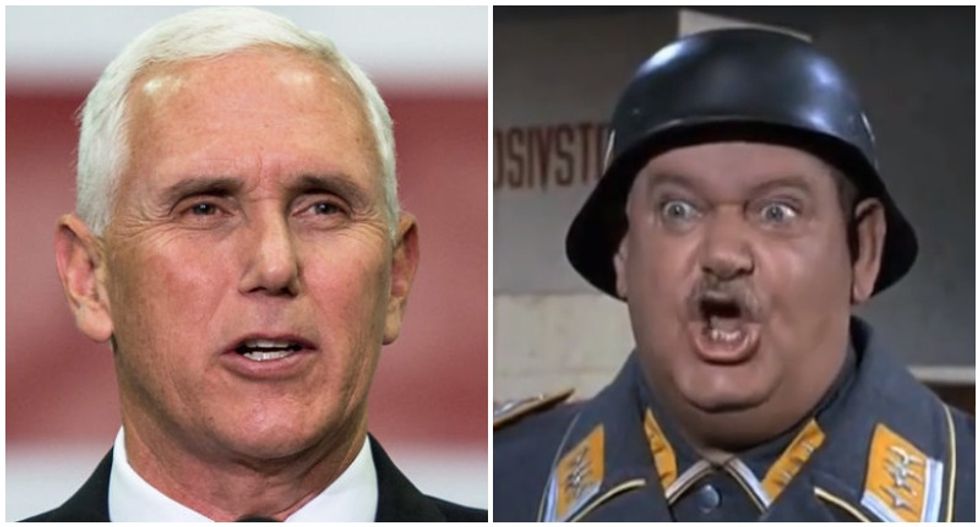 During a panel discussion about Pence's role in the Ukraine scandal, Boot mapped out just how unlikely it is that the vice president has really been in the dark about what's been happening.

"I think Vice President Pence is trying the Sgt. [Schultz] defense -- 'I know nuh-theeng, I know nuh-theeng!" he said. "It's pretty incredible that he would not know what was going on, because it was not exactly a secret that Rudy Giuliani was running around trying to pressure the Ukrainians to investigate Biden."

He notes that Pence received a readout of Trump's call with Ukrainian President Volodymyr Zelensky and was subsequently asked to meet with Ukrainian officials to press them on fighting "corruption" -- which Boot interprets as a code for investigating Biden.

"I guess Pence has two choices here: He can admit that he was part of this nefarious scheme to betray the trust of the American people, or he can claim that he was clueless and had no idea what he was involved in," Boot said. "And so he's obviously going for the clueless defense."