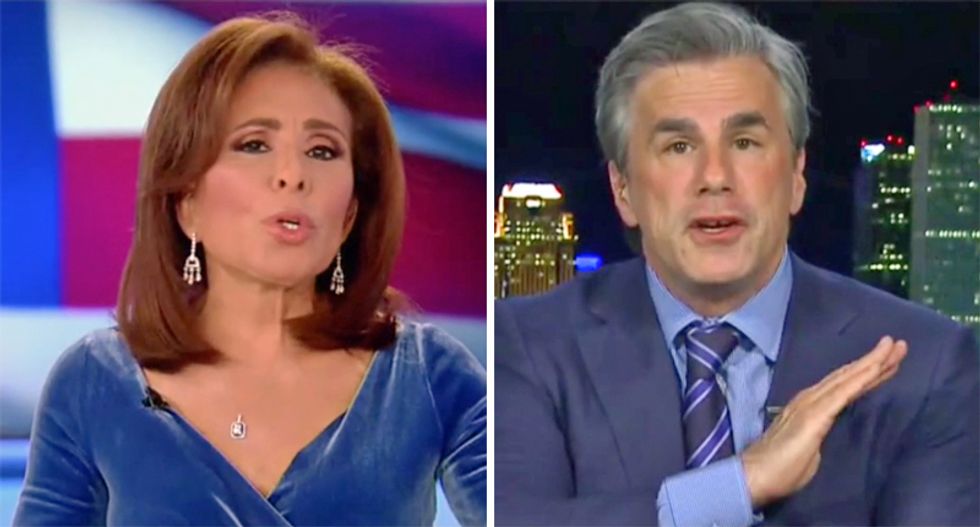 The Republican leader of the United States Senate is being urged to use a parliamentary trick to prevent President Donald Trump from ever receiving an impeachment trial.

"The Senate shall have the sole power to try all impeachments," the Constitution reads. "When the president of the United States is tried, the Chief Justice shall preside."

Sen. Majority Leader Mitch McConnell (R-KY) was asked how he interpreted his role if the House of Representatives votes to impeach Trump, as expected.

In addition, McConnell pledged to abide by Senate rules that require a super-majority to change the requirement to hold an impeachment trial.

Tom Fitton, the president of the right-wing group Judicial Watch, urged McConnell to ignore Senate rules during an interview with former Judge Jeanine Pirro on Fox News on Saturday.

"The Senate is going to have to try any impeachment," Fitton noted. "And if I were the Senate Majority Leader, I'd tell the House, 'This is dead on arrival, we're changing the rules, we are going to kill it before it even gets out of the cradle. And we will not follow up with impeachment trial.'"

"I think American citizens should be asking Mitch McConnell to exercise his prerogatives as majority leader and change the rules," he urged.

As McConnell admitted, he does not have the 67 votes to change the rules. So to follow Fitton's advice, McConnell would have to use the so-called "nuclear option" to ignore the supermajority requirement and avoid an impeachment trial with only 51 votes.