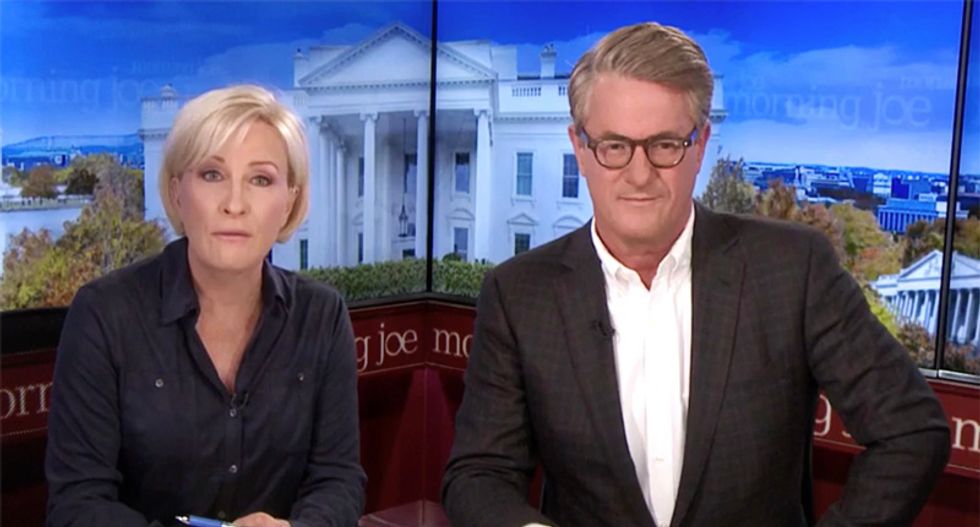 Kicking off Tuesday's "Morning Joe" on MSNBC, hosts Joe Scarborough and Mika Brzezinski busted out the latest polling numbers about support for impeachment in key battleground states and let Donald Trump know he is deeply underwater.

Jumping right into it, the Brzezinski said, "Half of the voters in six states that helped carry Trump to victory in 2016 say they support the House Democrats' impeachment inquiry into the president. According to the latest, New York Times/Siena College poll put that support at 50 percent of voters in Pennsylvania, Florida, Michigan, Wisconsin, North Carolina and Arizona -- 45 percent say they oppose."

"These national polls, we hear time and again that they don't really matter that much," co-host Scarborough interjected. "I guess you could say the same thing about national impeachment polls, this an election that's going down to five or six states and those states just named, Florida, North Carolina, Michigan, Pennsylvania, Wisconsin and Arizona now are in play for a lot of different reasons. This is not good news for the White House and not good for re-election efforts if they're at 50 percent."

"Yeah, these New York Times polls line up with national polls on impeachment with a majority saying they support the impeachment," contributor Wille Geist offered." It's no question that Michigan gave President Trump the votes in 2016. If he's underwater in those states at large, generally his numbers are upside down. If he loses those states, that could be the end of it for him."