MSNBC’s Morning Joe and Mika blasted for fretting about 'lock him up' chant aimed at Trump: ‘Take your scolding and shove it’ 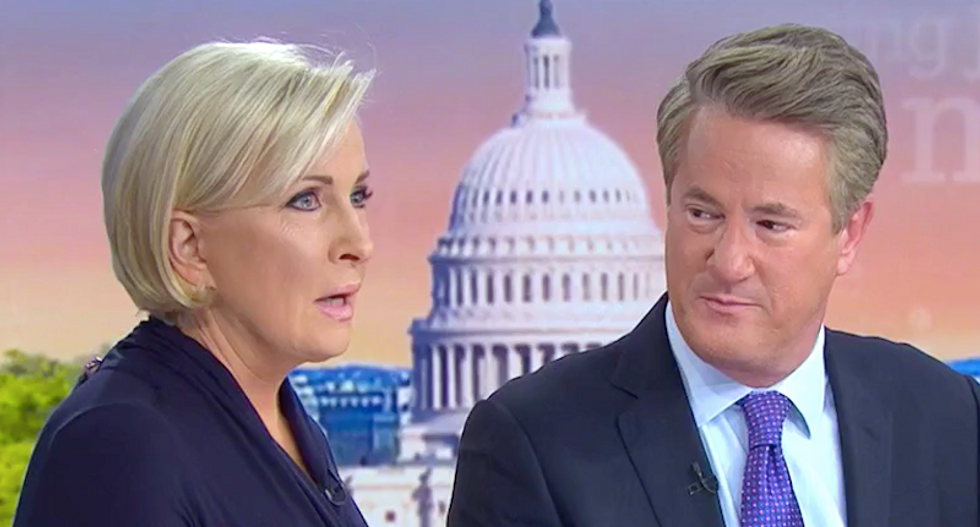 MSNBC's Joe Scarborough and Mika Brzezinski were dismayed by the "lock him up" chants that greeted President Donald Trump at the World Series -- and social media users didn't want to hear it.

The "Morning Joe" co-hosts found the boos and chants "un-American" and even "fascist," although they blamed the president for injecting that vitriol into the political atmosphere.

Twitter users, however, dismissed their complaints as elitist and poorly aimed.

OMG Joe and Mika are tsk tsking the people that booed Trump last night and called it "UnAmerican." Eff all the way out of here. #MorningJoe
— Misty (@Misty)1572257024.0