MSNBC’s Morning Joe and Mika mock Trump as support grows for impeachment: ‘Nobody can say it’s a witch hunt’ 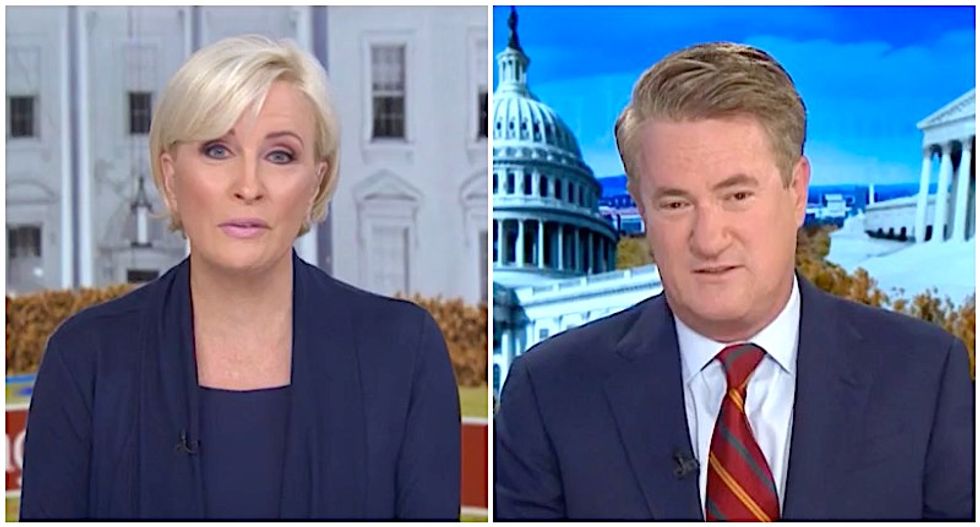 The "Morning Joe" co-hosts said public support for impeaching Trump has rapidly shifted, and they warned the president -- if he was watching -- that his defense isn't working.

"A lot of fast-moving developments in the push to impeach President Trump, but Joe mentioned the polls.," Brzezinski said. "A Quinnipiac poll is just the latest to show the majority of Americans now support impeachment, 53 percent. This follows yesterday's Washington Post poll, which found 58 percent of Americans support the House probe, a 21 point increase since July. Yeesh, that's a big jump."

"Nancy Pelosi and the Democrats in the House have breathing room," Scarborough said. "Nobody -- nobody can say it's a political witch hunt when 55, 56, 57, 58 percent of Americans actually support that impeachment inquiry, or if they do call it a witch hunt, it actually just hurts them even more because the majority of Americans want to see this impeachment inquiry move forward on Donald Trump."

"All these senators and congressmen and women who have been silent, puzzlingly silent, if it gets to the point in their state or district where their voters," Geist said, "the people who can re-elect them or not re-elect them have moved on it, that's when they move. It's not exactly profiles in courage, but that is the way it works."

"President Trump was saying the other day," she said, "'I saw my poll numbers went up,' and it was like, for impeachment, Donald. They're talking about impeaching you. But he doesn't watch."