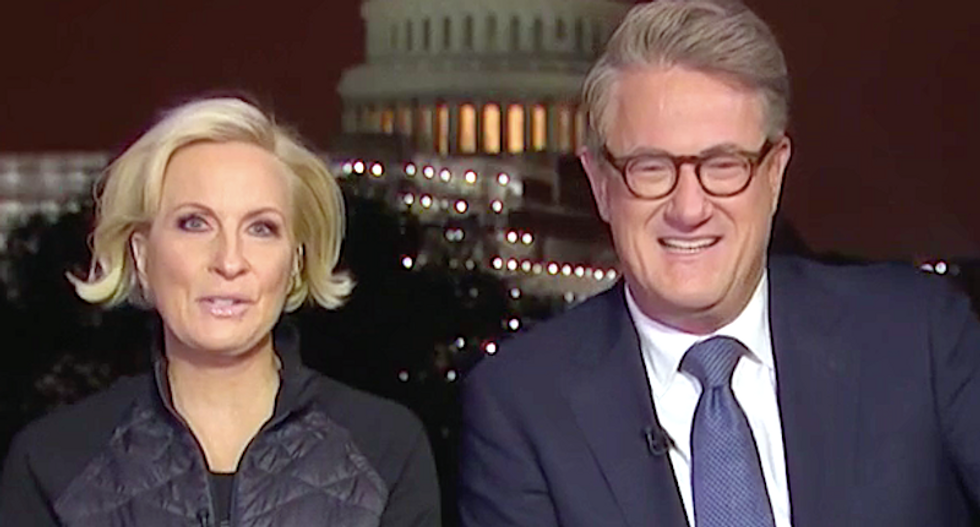 President Donald Trump is facing an impeachment inquiry into his efforts to pressure Ukraine to dig up campaign dirt on Joe Biden and his family, and the president's namesake son accused the former vice president's son of corruption.

The "Morning Joe" hosts were gobsmacked by Trump Jr.'s lack of self-awareness, and they rolled a clip from 2006 of the reality TV star-turned-president repeatedly saying that he thought nepotism was a good thing.

The president's son also called Hunter Biden a "clown" who couldn't get hired anywhere but a "corrupt Ukrainian oil company," and Scarborough was astonished by his hypocrisy.

"Don Jr. had no more qualifications to take the job that he had than anybody else did, than Hunter Biden did," he said. "It's just -- other people, I think, can criticize, but it sure sounds hypocritical from Donald Trump or family members who benefit from that nepotism. They're not doing it in Ukraine, they're doing it in the White House and in Trump Tower."