'Lock him up!': Nationals Ballpark breaks out into loud boos as Trump is finally announced 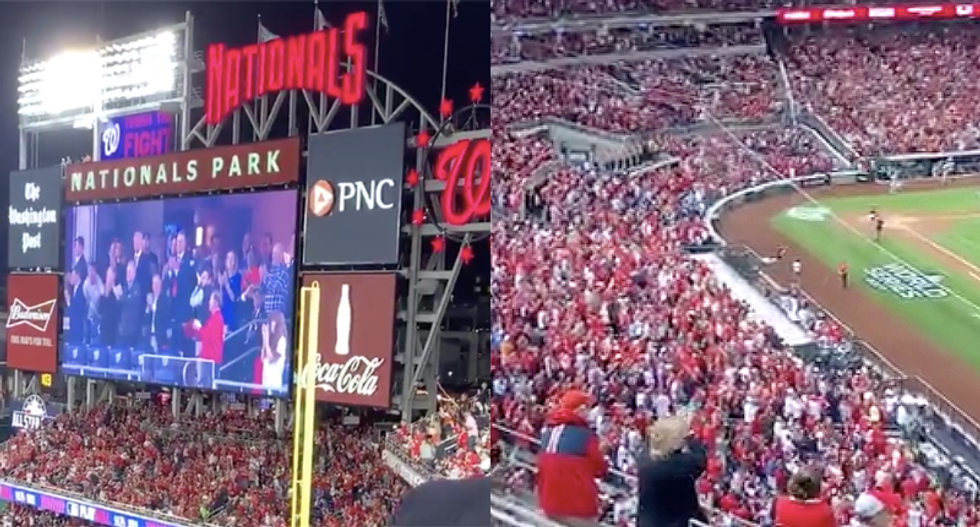 President Donald Trump arrived at Nationals Stadium as the first official pitch of the game was being thrown, but according to one Bloomberg reporter, hardly anyone noticed.

About an hour into the game, the announcer introduced the president and first lady and what followed was a crowd full of fans eager to boo Trump.

It was unknown if Trump would be officially announced by the team because he was expected to be booed. As one person noted, the Nationals stadium holds more people than supported Trump in Washington, D.C. in 2016.

It went exactly as expected, with scores of people dressed in bright-red shirts screaming their displeasure at the president. They even began chanting "lock him up!"

Boos heard throughout Nationals Park as President Trump and the First Lady are announced and shown on screen after… https://t.co/J8R1e2i4Cv
— Monica Alba (@Monica Alba) 1572224915.0

President Trump booed loudly when introduced to the crowd in the third inning at Game 5 of the #WorldSeries2019 https://t.co/pLstOthT2h
— Scott Boeck (@Scott Boeck) 1572225047.0