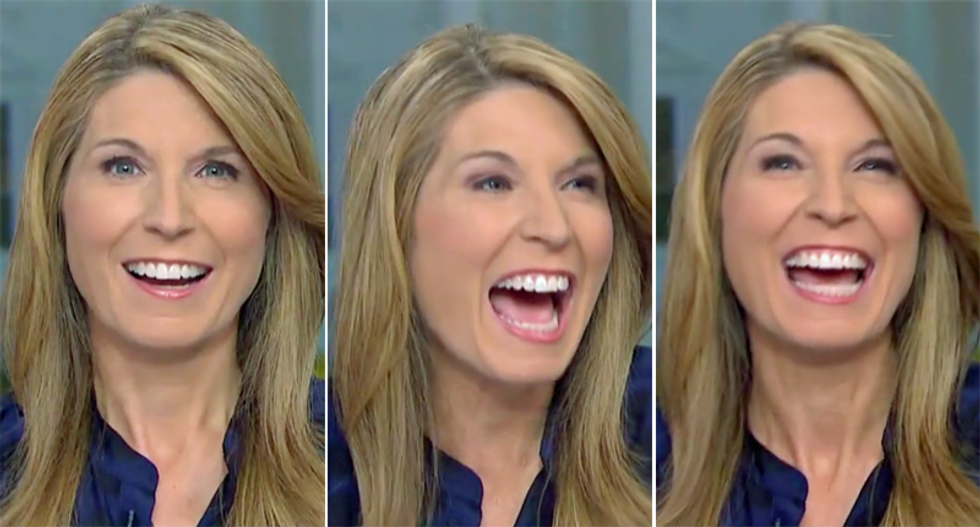 MSNBC anchor Nicolle Wallace drew upon her experience serving as a White House communications director to explain the Trump administration's messaging failure on the scandal at the heart of the impeachment inquiry.

Wallace played a clip of George Stephanopoulos interviewing Secretary of State Mike Pompeo on ABC's "This Week" where the cabinet official failed to answer questions about Mick Mulvaney admitting to a quid pro quo with Ukraine.

"I was a communications director for a White House that didn’t get a lot of points for communicating," the former George W. Bush administration official said.

"That was the worst appearance by an executive branch official I’ve ever seen in my career," Wallace declared.

"I wish we could answer that," Rucker replied. "Clearly we saw this with Mulvaney but also with Pompeo. These guys are trying to distance themselves from the problem without engaging."

Wallace said Pompeo was "either he was the most incompetent and detached Secretary of State in the nation’s history -- had no idea that everyone that worked at the State Department was hair on fire alarmed and concerned about the corruption being carried out by Rudy Giuliani -- or he was part of it. That’s it. Those are Pompeo’s only paths."

"And one piece of context about secretary Pompeo. He’s not a Secretary of State who spends all of his time traveling and not in touch with the president and running his own operation. He’s literally in the Oval Office multiple times a week. He has lunch every week with the president. He is around. He’s one of the president’s closest advisers on tons of issues beyond the portfolio of the State Department. So the idea that he didn’t know what was going on or wasn’t aware of these conversations just doesn’t match up with everything that we know about how he conducts himself as the secretary," Rucker explained.