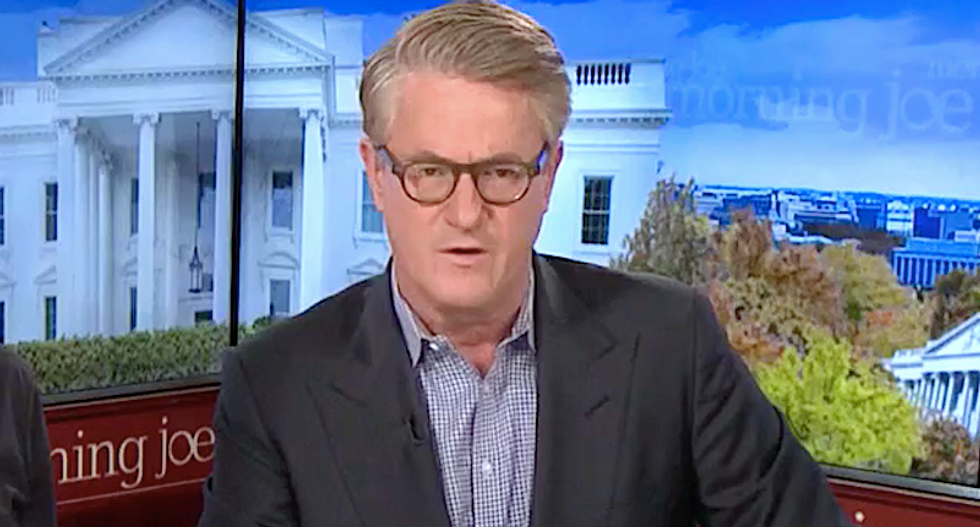 MSNBC's Joe Scarborough blasted Fox News for broadcasting "disgusting" attacks on an active-duty Army officer who will testify against President Donald Trump in the impeachment inquiry.

Lt. Col. Alexander Vindman, a Ukraine expert who serves on the National Security Council, listened in on the July 25 phone call between Trump and Ukraine president Volodymyr Zelensky that was the subject of a whistleblower complaint, and the military officer will tell lawmakers what he heard.

"There's so much disgusting things going on, but last night you actually -- it was unbelievable," said the "Morning Joe" host. "You had people on Fox News attacking an Iraqi War hero, an Iraqi War hero who has committed 25 years of his life, I think it is, to public service to the United States of America. An infantry officer, he was injured by an IED, got a Purple Heart, continued serving America, and because he came forward and because he's going to come forward (Tuesday) and simply tell the truth, you actually had a panel on Fox News and a Fox News host attacking an American hero."

"But it is breathtaking," he added, "it is astounding that an Iraqi War veteran, a hero, a man who got injured, got a Purple Heart and continued to fight for this country and work for this country after his service in Iraq, is now being accused of espionage by John Yoo and Fox News hosts."