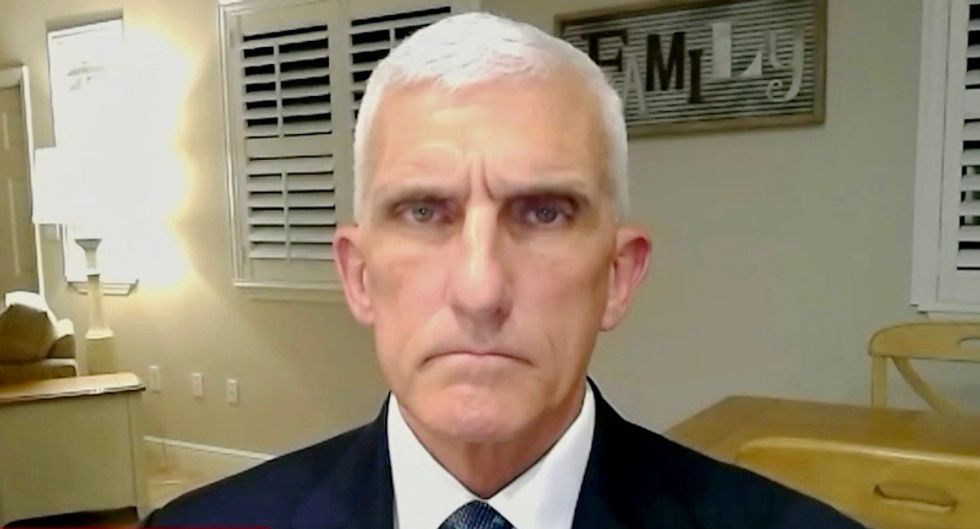 On Monday, retired Gen. Mark Hertling laid into President Donald Trump on CNN for his sudden order to pull the military out of Syria and transfer U.S. responsibilities to Turkey.

"This is devastating across the board in so many ways," said Hertling. "It’s devastating for anyone who has an alliance with us in the past and looks to work for us in the future. It’s devastating for the military planners that are on the ground and the soldiers working with the Kurdish allies. It gives the NATO allies the opportunity to do some things that will significantly affect not only the Middle East but also the European footprint. I think it will certainly provide an impetus for the war against ISIS to be renewed in a much bigger way than it already was being renewed. So there are so many things you could talk about that are complicated by this action, this spur of the moment action, if you will, by the White House. It’s just incredibly jaw-dropping from my perspective.

Hertling warned that the decision would have horrible consequences for human rights and national security.

"There are 70,000 ISIS prisoners in one of the camps not in the zone of what we anticipate to be the Turkish operation," said Hertling. "So those are going to be released and they are not just prisoners that we would think of them in Orange jumpsuits. All men being in jail. These are families. It’s a family concentration camp of those who have come from Iraq and Syria to fight as part of the caliphate. So it is a much more dangerous situation. That’s why I say it will lend to a greater surge within the ISIS opportunities to continue to attack. This is devastatingly bad.

Hertling also warned that this decision will be a boon to Russia and Iran.

"Russia could certainly fill the void," said Hertling. "Not only in contributing to the Turkish operations, but also the Kurds could go and there’s been indicators that they’ve gone to them in the past and saying that we need help in defending ourselves. From a strategic perspective, that puts America at an even more extreme long-term disadvantage. Russia is stepping in when we step out. So we are made to look like the fools. Our allies think we’re idiots because we have stepped out ... every time America steps out of anything in the Middle East, Russia steps in. Iran is also benefitting from this in a great way, because they will continue to man the counter-ISIS approaches."