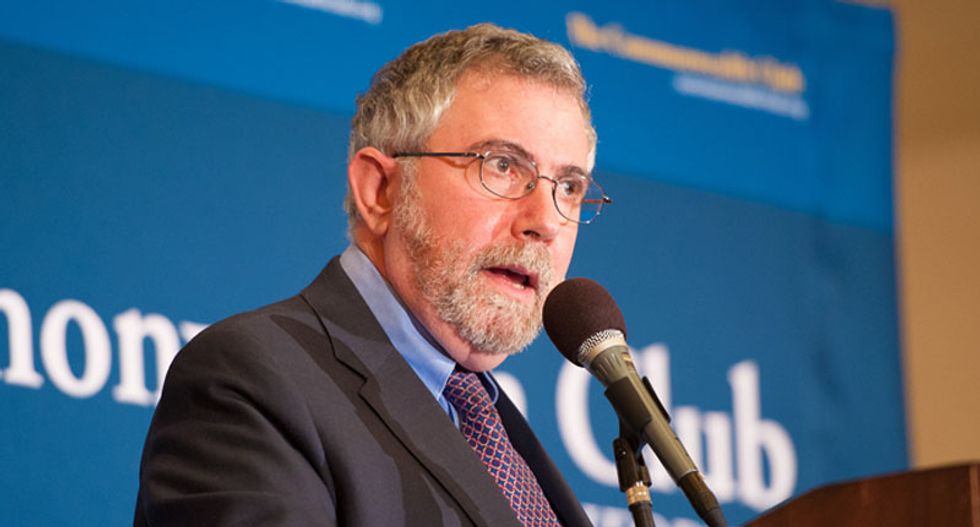 One of President Donald Trump's biggest promises to voters in 2016 was bringing back well paying manufacturing jobs to the United States.

However, as Nobel Prize-winning economist and New York Times columnist Paul Krugman documents, Trump has not fulfilled this promise in any way, shape, or form.

Writing on Twitter, Krugman points to new data from the Bureau of Labor Statistics showing that manufacturing employment in the key swing state of Wisconsin has absolutely cratered so far this year after experiencing a brief spike in 2018.

"The meh GDP numbers won't help Trump next year," Krugman writes. "But what should really scare him is his utter failure to boost manufacturing in swing states."

The meh GDP numbers won't help Trump next year. But what should really scare him is his utter failure to boost manu… https://t.co/GqFeEB5nJq
— Paul Krugman (@Paul Krugman)1572450221.0

Krugman on Wednesday also looked at the latest report on economic growth in the United States and found that business investment has been falling -- even though boosting such investment was the principle reason given for passing the massive 2017 tax cut that included steep cuts to corporate tax rates.

And business investment, which was the principal target of the Trump tax cut, is actually falling 3/
— Paul Krugman (@Paul Krugman)1572441116.0