Pence allies worried he'll be swept up in Trump impeachment inquiry: ‘He’s not going to come out of this squeaky clean’ 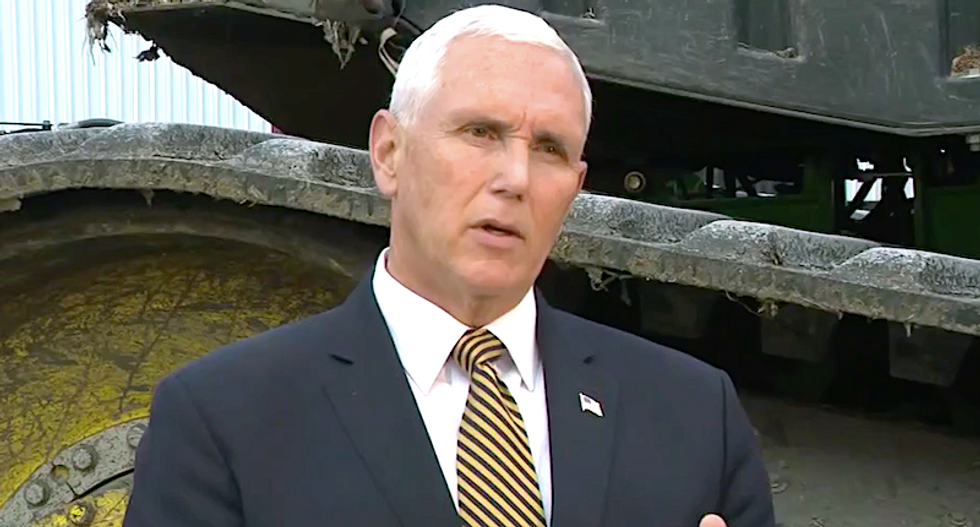 Vice President Mike Pence and his White House allies are increasingly worried about his own vulnerability in the impeachment inquiry, and that puts him in an uncomfortable position.

Pence has publicly stood by President Donald Trump, but behind the scenes he's beginning to worry about his own exposure in the probe, according to NBC News reporter Carol Lee.

The vice president's allies are pushing for the release of any evidence to help "clear Pence's name," according to one person familiar with that debate -- and they believe a reconstructed transcript of Trump's phone call to Ukraine president Volodymyr Zelenzsky would accomplish that.

"People around the vice president think this is a way to clear his name," Lee told MSNBC' "Morning Joe." "They think this could tarnish him, and he does not really answer directly what his knowledge was about this, about the pressure campaign on Ukraine, and so there's worry there."

"We've spoke to an administration official who said that they're still reviewing this, and I think that really underscores how much this White House still hasn't gotten its act together in terms of getting on the same page and coming up with a plan to push back on impeachment," she added.

Co-host Willie Geist said the vice president had further political ambitions, and he asked whether Pence would eventually turn on the president to save himself.

"He's a longtime politician, he's not a dumb guy, he knows what he's doing," Geist said. "(Is there some instinct) to begin to preserve himself and his own legacy, if that can be done at that point? He sees the writing on the wall. He's going to see this new testimony from (Lt. Col. Alexander) Vindman today. Is he working behind the scenes to save himself?"

Lee agreed that Pence allies are worried the vice president will be pulled deeper into the impeachment inquiry, but so far he was standing close by the president.

"We know that people who are allies of the vice president are a little -- you know, worried that he's not going to come out of this squeaky clean," Lee said, "and that's because, you know, there's one of two options. Either he was aware that all of this stuff was going on and he didn't say anything or do anything about it, or he was actually a participant in some of it. Neither of those things are good for the the vice president."