Pence staffers claim he had no knowledge of Trump's Ukraine plot — but he kept involving Pence in it anyway: report 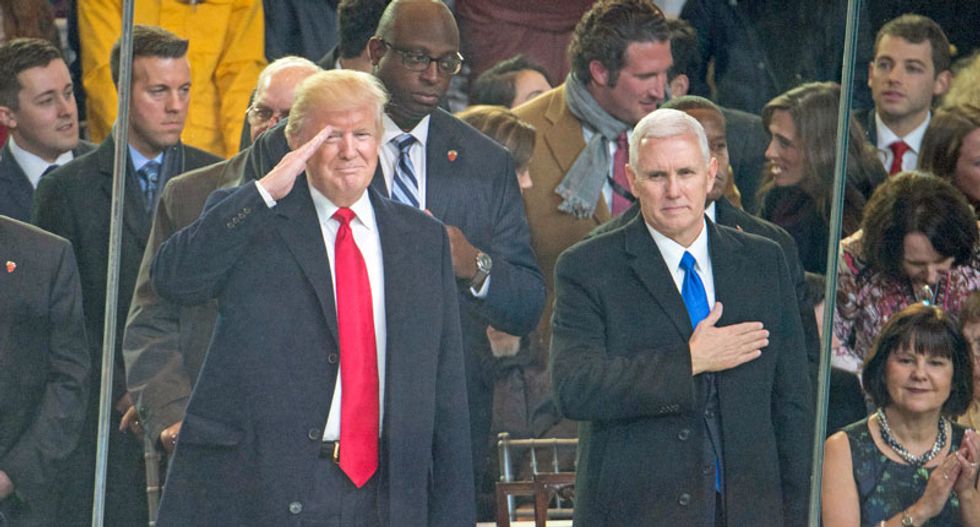 According to the Washington Post, staffers Vice President Mike Pence insist their boss had no idea of President Donald Trump's apparent scheme to extort Ukrainian President Volodymyr Zelensky into helping him dig up dirt on former Vice President Joe Biden.

But despite this, Trump used Pence to further his scheme — whether or not Pence had actual knowledge of what was going on.

In one instance, Trump ordered Pence not to attend Zelensky's inauguration — despite the fact that other White House officials had lobbied hard for the event to be included on his calendar. This may have had the purpose of reinforcing to Zelensky that he had to work to earn allyship from Washington.

In another instance, Pence was tasked with delivering the message to Zelensky that hundreds of millions in military aid to the country was being suspended — and that he needed to do more to fight "corruption."

Whether or not it is true that Pence was kept out of the loop, there were a number of suspicious diplomatic and policy decisions on Ukraine that should have raised red flags for him.

"Pence’s activities occurred amid several indications of the president’s hidden agenda," Greg Miller, Greg Jaffe, and Ashley Parker wrote for the Post. "Among them were the abrupt removal of the U.S. ambassador to Kiev; the visible efforts by the president’s lawyer, Rudolph W. Giuliani, to insert himself in the U.S.-Ukraine relationship; as well as alarms being raised inside the White House even before the emergence of an extraordinary whistleblower complaint about Trump's conduct."