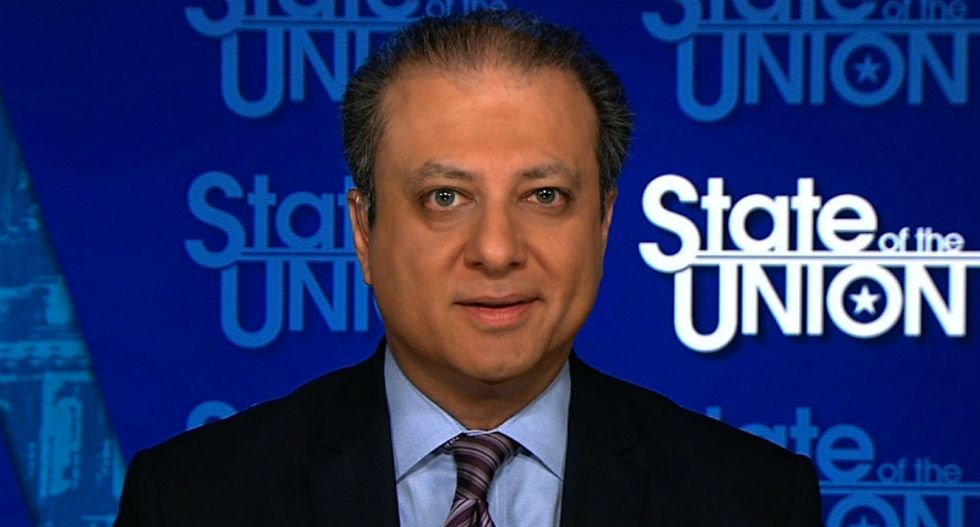 President Donald Trump's attorney Rudy Giuliani has found himself at the center of a criminal investigation by federal prosecutors in Manhattan, after a disastrous series of public attempts to justify his apparent scheme to pressure the Ukrainian government into digging up dirt on former Vice President Joe Biden.

But on Thursday's edition of CNN's "The Situation Room," former U.S. Attorney Preet Bharara cautioned that prosecuting such a case would have serious challenges to overcome.

"Let's get to something close to you," said anchor Wolf Blitzer. "Prosecutors in your former office — we're talking about the Southern District of New York — they are now looking more closely into Rudy Giuliani's role in all of this. But CNN has learned they are also weighing the upcoming 2020 election and the difficulties of prosecuting foreign lobbying violations. Maybe especially during an election year. How does all that impact their next steps?"

"So I don't know if any of that is true, and even without there being reporting on it, I would assume those are considerations," said Bharara. "They would have been considerations when I was a U.S. Attorney and we did sensitive political investigations. We wanted to make sure you were far enough away from an election so you aren't affecting it. There's not a lot of time."

"On the issue of whether the election effects how they think about it, I think for reasons of fairness and justice, to both Mr. Giuliani and also the upcoming election, you want to make sure you can get those things squared away as far in advance as possible," continued Bharara. "Sometimes that's not able to be done because your witnesses are in far-flung places and you can't check all the boxes, but that's something right and appropriate to be thinking about. You don't want it to go too far into 2020 before you shut the door on it."

"And with respect to ... the Foreign Agents Registration Act that they're looking at, it's a tough statute," added Bharara. "We brought cases successfully under that act, but a couple of high-profile cases brought by the Justice Department that ended in acquittals. It's not a statute used a lot over the course of years and it's a tough statute to get a conviction under. And we don't know the facts with relation to Rudy Giuliani."