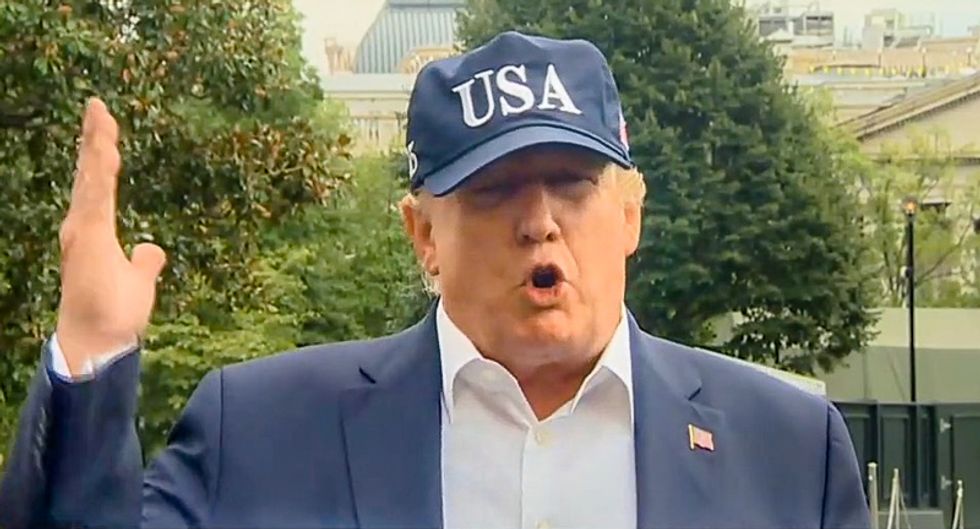 On Saturday, the Washington Post reported that the U.S. Marshals Service awarded a $33 million contract to CertiPath to provide security in federal courthouses and cellblocks.

The contract with CertiPath, a company based in Reston, Virginia that specializes in digital security, has drawn a formal complaint from one of the other entities that bid on the contract, because Robert Trump, the president's younger brother, holds a minority stake in the firm. The complaint, filed with the Justice Department inspector general, alleges that CertiPath failed to disclose "one of the President’s closest living relatives stood to benefit financially from the transaction."

"The circumstances of this contract award, and what appear to be CertiPath’s efforts to obscure Mr. Robert Trump’s financial interest in the company even as it trades on the Trump name, present the appearance of preferential treatment for those who are close to the President," the complaint continued.

Jeff Nigriny, CertiPath's founder, denies any misconduct, saying that Robert Trump "is one investor in an entity which holds a minority interest in Certipath" and that "he is exclusively a passive investor, has no management role whatsoever, is not an officer or director, and his name has never been used or mentioned by Certipath in any solicitation for a government contract, whether state or federal."

The controversy is yet another in a long string of allegations that President Donald Trump's family has sought to profit from the president's office, from foreign diplomats staying at the Trump International Hotel in Washington, to First Daughter Ivanka Trump steering inaugural fund money into Trump Organization contracts, to the Air Force refueling near a Trump resort in Scotland, to the president's scrapped plan to hold next year's G7 summit at the Trump National Doral golf resort in Miami.

Cut the salt, cut the sugar, but you can keep the chocolate milk.

The northeastern United States and Canada steeled themselves Friday for an "epic" Arctic blast that could see some areas record their lowest ever wind chill temperatures.

Olympic bronze medalist Rosey Fletcher is among three former US snowboarders suing their ex-coach, the US Ski & Snowboard federation, and the US Olympic & Paralympic Committee, alleging sexual abuse that they say the organizations covered up, court documents showed.