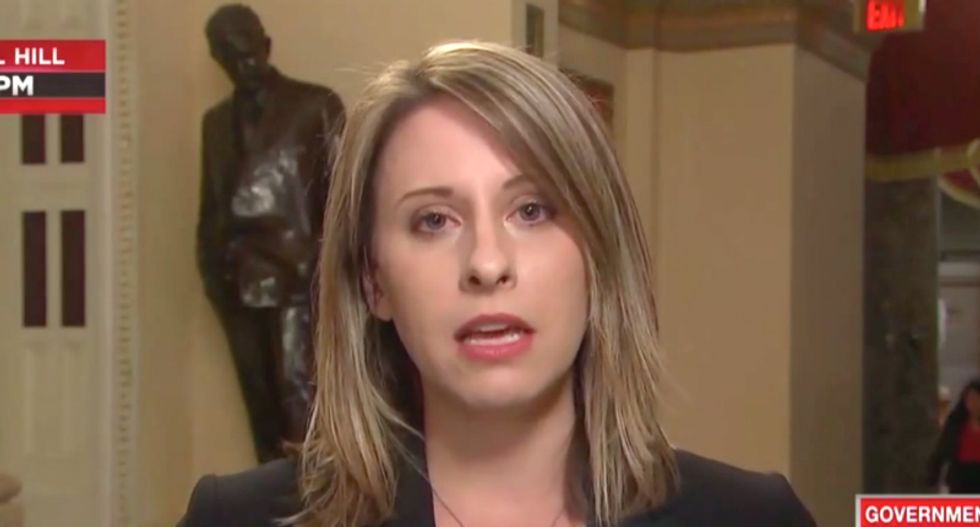 Rep. Katie Hill (D-CA) has announced that she will resign after it was revealed she and her husband had a relationship with a young campaign staffer, Politico is reported.

It is with a broken heart that today I announce my resignation from Congress. This is the hardest thing I have ever… https://t.co/YnBf9vfgai
— Rep. Katie Hill (@Rep. Katie Hill) 1572217276.0

Hill, who is going through a divorce, had nude photos of her leaked to the media and posted on Reddit under a username Hill's husband would use as a pet-name for her. Hill has alleged that her husband is abusive and was angry about their divorce.

Hill ended the relationship with both her husband and the girl shortly after being elected, saying that she wanted to focus on her work in Congress, according to text messages published by the DailyMail.

She is among very few open LGBTQ elected officials in office.