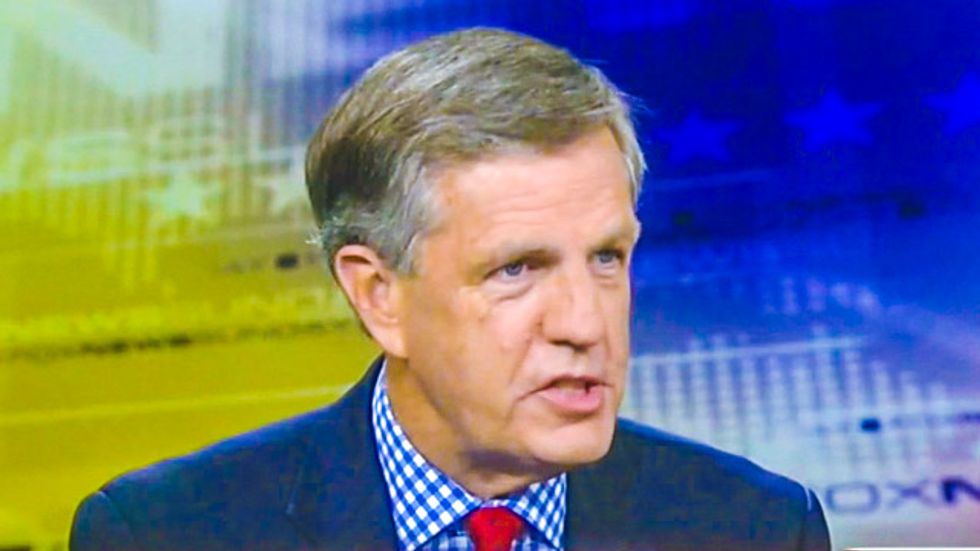 President Donald Trump’s impeachable conduct in the Ukraine scandal is an open and shut case. It is unacceptable for the president to pressure another foreign country, especially one dependent on American aid, to investigate a political opponent. It’s not his job, and it’s a clear conflict of interest. The abuse of power is plain.

Since Trump has admitted to doing exactly this when he told Ukrainian President Volodymyr Zelensky to investigate Joe Biden, and the White House has provided evidence of the act, there’s nothing more for investigations to establish except exactly how bad and extensive this scheme was.

But this has left Republicans and supporters of the president in a difficult spot. The scandal unfolded rapidly and in plain sight, without giving them sufficient time to properly grapple with the story. Instead of coming to grips with uncomfortable facts, then, many are retreating into a fantasyland.

In the fantasy, Trump hasn’t already admitted his guilt, there’s nothing wrong with what he did, and it’s only others — almost certainly Democrats! — who are to blame for … something.

A lot of the right-wing whataboutism has focused on former Biden himself, naturally enough, and his son Hunter. Many conservatives are convinced that, despite all the evidence the contrary, Hunter’s work in Ukraine, and the vice president’s diplomacy in Ukraine, are the real scandal.

This claim is wrong for many reasons, as I’ve reported, but supposed it wasn’t. Suppose the Bidens really were guilty of something quite bad. It still wouldn’t be the president’s role to pressure Ukraine to investigate that wrongdoing, as Trump did in fact do. He’s not supposed to direct the opening of investigations, and even if he were, he ought to recuse himself from any case involving a political opponent. But anyway, he still shouldn’t be pressuring a foreign government — or meddling with its congressionally allocated military aid — to do such an investigation. Even if he were supposed to order specific investigations, and even if it were OK for him to order them about political opponents, it would be the FBI’s job to look into the matter, not Ukraine’s. From top to bottom, what Trump did was improper and corrupt.

Another aspect of right-wing fantasyland is that, in this magical place, the whistleblower who drew attention to Trump’s conduct with Ukraine is supremely important. That’s why the right wing became truly fixated on a Federalist article that was about — and I’m not even joking — the updated version of a government form that the whistleblower didn’t even use. As it turned out, the conspiracy theory about these forms was wrong in just about every respect.

But again, suppose that it wasn’t. Suppose that there really was some coordinating between administration officials to ease the path for the whistleblower to make his or her complaint. Suppose even worse, which hasn’t even been seriously alleged, that the whistleblower broke the law to release the pertinent information. It wouldn’t change the fact that Trump committed and admitted to impeachable conduct, which deals with abuse of presidential power and thus is much worse than any single crime. (To be clear, there’s absolutely no indication that the whistleblower broke the law or engaged in wrongdoing.)

On Wednesday, a new twist on the fantasy that the whistleblower is of central importance emerged. The New York Times (which, in many a Republican’s telling, is supposedly cooperating with the Democrats to impeach Trump) reported that House Intelligence Committee Chair Adam Schiff, a California Democrat, received word earlier than was previously known about the broad outlines of the whistleblower’s complaint via an aide. The Times reported:

The [whistleblower] approached a House Intelligence Committee aide with his concerns about Mr. Trump only after he had had a colleague first convey them to the C.I.A.’s top lawyer. Concerned about how that initial avenue for airing his allegations through the C.I.A. was unfolding, the officer then approached the House aide. In both cases, the original accusation was vague.

The House staff member, following the committee’s procedures, suggested the officer find a lawyer to advise him and meet with an inspector general, with whom he could file a whistle-blower complaint. The aide shared some of what the officer conveyed to Mr. Schiff. The aide did not share the whistle-blower’s identity with Mr. Schiff, an official said.

Republicans leaped on this new revelation, arguing that it showed one of their favorite villains, Schiff, was wrapped up in the whistleblower’s suppose malfeasance:

Re-upping my tweet from last week given the breaking news today that Adam Schiff had early access to the whistleblo… https://t.co/MTCkaYBtHr
— Elise Stefanik (@Elise Stefanik) 1570048087.0

This puts the whole impeachment inquiry in a new light. There’s no getting around the appearance that collusion-tru… https://t.co/HGUWBSMGUF
— Brit Hume (@Brit Hume) 1570044922.0

The crime (coordinating with whistleblower on impeachment effort) still probably more significant than the coverup (lying about same). https://t.co/FKM42u4lUK

Again, much of this is lies and distortion. The bipartisan leaders of the Senate Intelligence Committee said that what Schiff’s team reportedly did was standard practice. There’s no sign of it being nefarious at all.

But again, suppose it was nefarious. Suppose Schiff helped the whistleblower gather information, optimize it to make a maximal impact, and then lied about his involvement from the start. It certainly would be bad that Schiff lied. But the fundamental information in the whistleblower complaint — the impeachable offense — would still be admitted by Trump and confirmed by the White House. Schiff could be chastised for using deceptive means to achieve his ends, but an impeachment of Trump would still be entirely warranted.

What’s going on here is desperation. Supporters of the president are desperate to exonerate him or distract from the main issue, because they can’t admit to themselves — or at least, to their audiences and voters — what’s really going on. Trump abused his power, and he gave us the evidence. Republicans keep hoping that some other shoe will drop to make the facts as we know them not the case, but that’s just not going to happen.

Hundreds of Arizona high school students walked out of their schools into the glaring afternoon sun on Thursday to protest the record number of anti-LGBTQ bills passed by the GOP-controlled state Legislature this year.

“Dear (Gov. Doug) Ducey and Arizona representatives, these bills are killing us,” walkout organizer Dawn Shim told a crowd of students at Hamilton High School in Chandler. “They are killing our peers. We do not need anymore students hurt by your actions. We aren’t out here missing our school day and interrupting our education because we want to. We have been forced into it.”

Judge Cannon’s rulings are so bad they raise a question that is ‘impossible not to ask’: ex-prosecutor

One of the most conspiracy-minded “con artists” who sought to elevate and enrich himself by posing as a technical expert during the Arizona Senate Republican’s flawed review of the 2020 presidential election is returning to Maricopa County on October 1, where he is pushing a new -- and easily-debunked -- conspiracy theory about how 2020 votes were forged.

“I’m just going to explain a few things here that I think you need to look at. But there’s many –there’s much more work we have to do,” said Jovan Pulitzer, in a video posted online this week (and then taken down) that was recorded by AUDIT Elections USA, an Arizona-based advocacy group seeking more transparent vote counts. “I’m doing this because we can’t move on.”