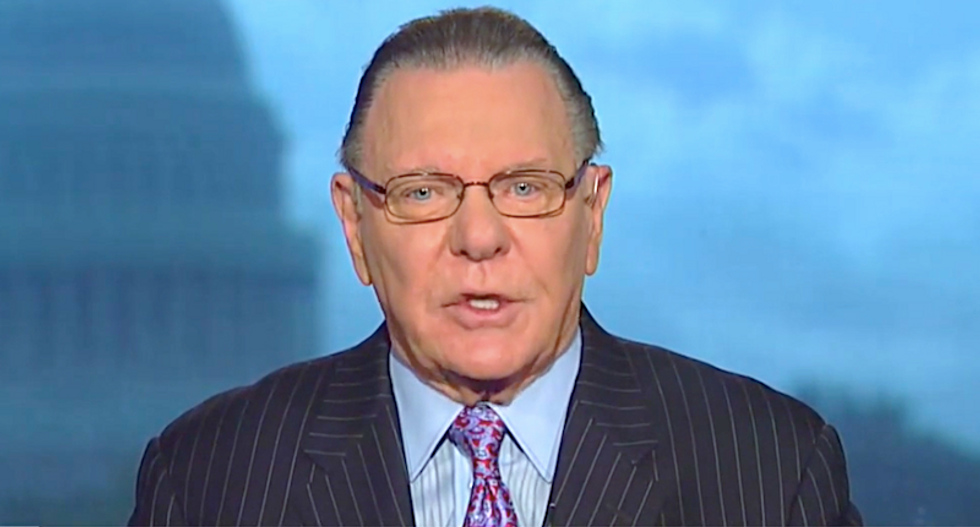 A retired U.S. Army general reacted in real time on Fox News to President Donald Trump's tweets on Syria -- and he blasted the sudden decision to abandon the Kurds.

Keane said the president was missing the point.

"We have two national interests there," Keane continued. "No. 1, do not permit ISIS to reemerge, No. 2, do not permit Iran to take over all of Syria and therefore be able to encroach on Israel."

"Listen, wars have endings, clearly, but it is the peace you have to put as much effort into winning, as well," added. "Look what happened when we pulled out of Iraq. We won the war there -- Bush handed a victory to President Obama. Obama walked away because he was fed up with it. We lost that peace and found ourselves embroiled in a much larger conflict after that. That was tragic."