Rick Perry can stop Rudy Giuliani from being the scapegoat — by implicating Trump and Pence: Ex-FBI agent 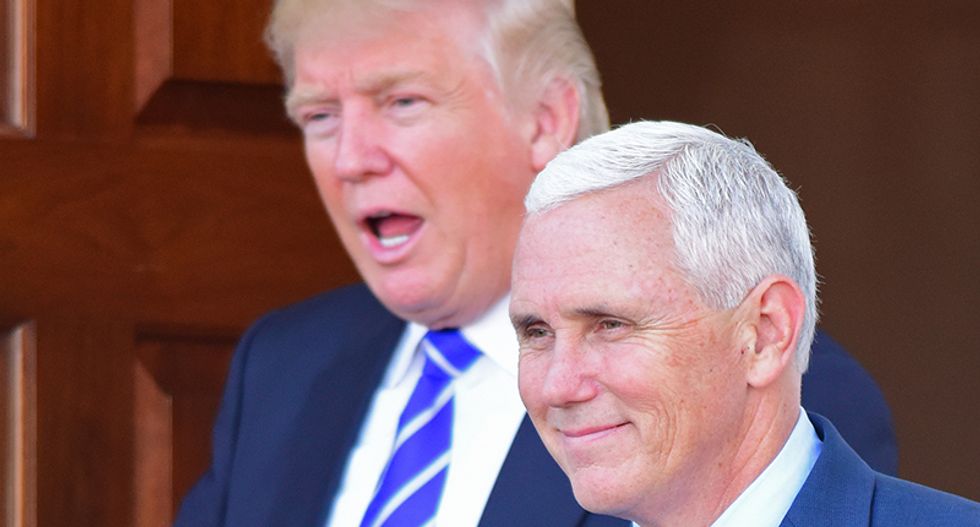 Secretary of Energy Rick Perry was subpoenaed by the House of Representatives as part of the impeachment inquiry into President Donald Trump and the administration soliciting foreign election interference.

"Breaking news in the just the last few minutes a new subpoena for Rick Perry, the latest Trump Administration official snared in the Ukrainian scandal, the man Trump tried to blame for the July 25th call at the center of his own impeachment," MSNBC's Nicolle Wallace reported.

"He’s also conveniently expected to resign by the end of next month," she added. 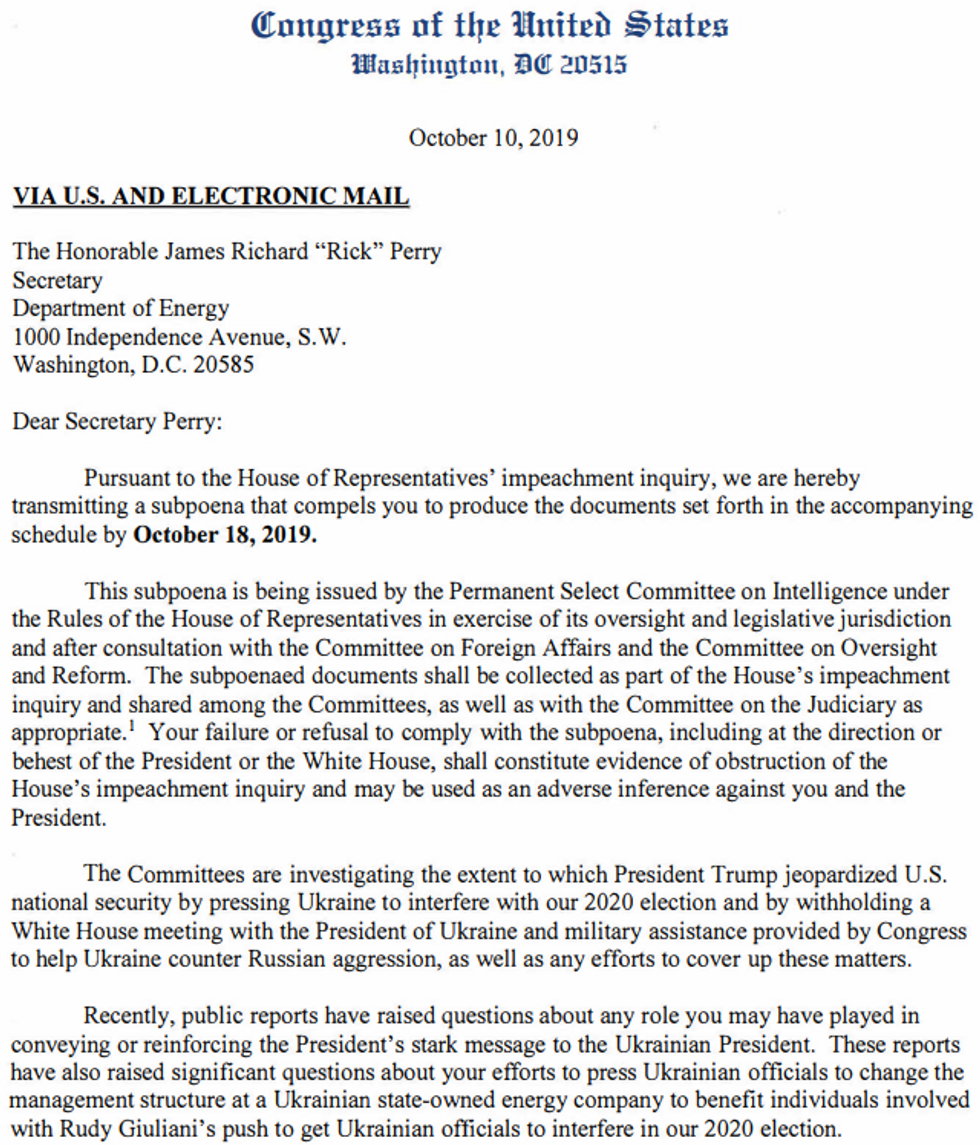 "I think Perry could actually turn out to be a key to get us beyond [Rudy] Giuliani. I see a scenario developing, as you set forth, where Giuliani becomes the scapegoat," he explained.

"The vice president didn’t go for a reason. And it seems to have been that they wanted it to pressure Ukraine that you’re not getting a vice-presidential visit from us until you do what we need you to do," Figliuzi explained. "And I think Perry could be that guy who says, 'No, this isn’t all about Giuliani, the VP and the president gave me a mandate and a briefing.'"