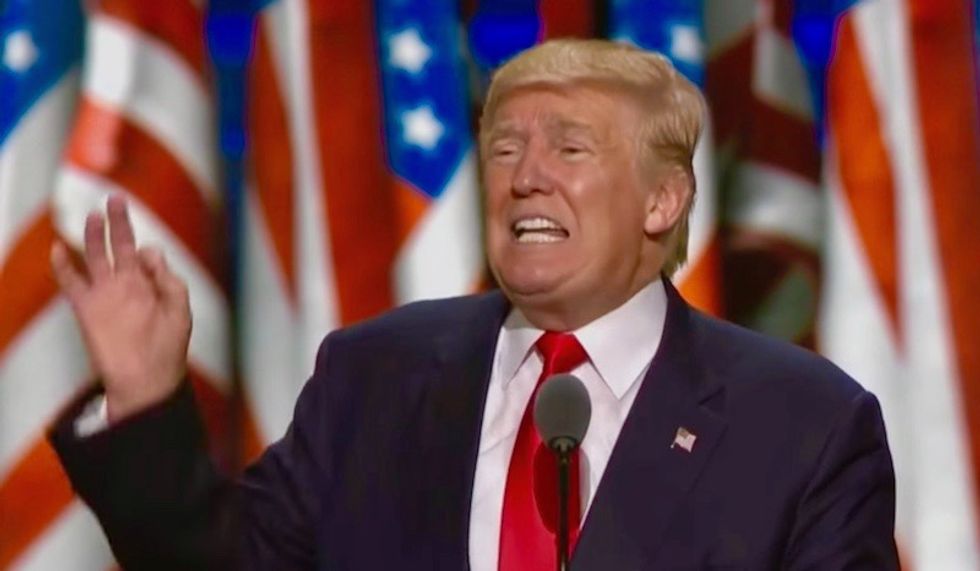 According to reporter Lachlan Markay, there are "more than a dozen instances" in which Schweizer's book "copied complete sentences or sizable portions of them verbatim or near-verbatim from other sources," including from "uncited Wikipedia pages created before the book’s publication in early 2018."

Although the most politically relevant sections of the Schweizer book deal purported corrupt activities by Biden, the parts of the book that were swiped from Wikipedia mostly deal with former Chicago Mayor Richard Daley.

"That [Daley] chapter contains four passages that are largely copied from the Wikipedia page for Daley’s son Patrick," writes Markay. "The book’s footnotes cite news stories that are cited in the same Wikipedia page, but the language appears to be lifted from the latter."

Schweizer is also the author of Clinton Cash, a book that was published ahead of the 2016 presidential election that was used to raise questions about the Clinton Foundation's overseas dealings.

Trump was reportedly hoping that Schweizer's latest book would have the same impact on Biden, and became angry and impatient when the book's allegations were slow to gain traction in the mainstream press. According to Bloomberg reporter Joshua Green, this frustration is what pushed Trump to force the issue and try to pressure the Ukrainian government to dig up dirt on Biden for him.