‘The president of the United States is running a political shakedown racket’: MSNBC historian 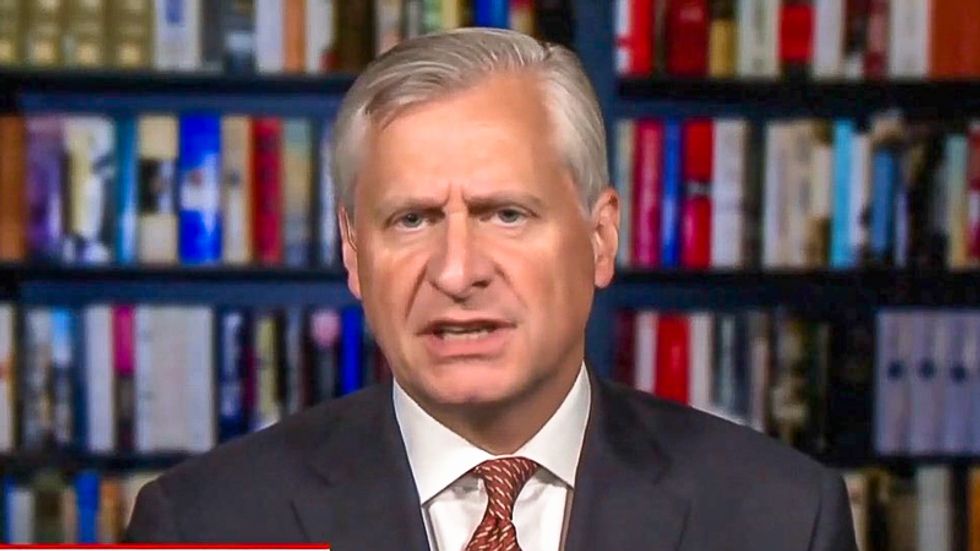 Presidential historian Jon Meacham said he's not sure American democracy would have survived if Donald Trump had been among first presidents.

The MSNBC contributor told "Morning Joe" that the U.S. Constitution was written to prevent presidents from behaving like Trump, who he said had sold out American democracy for personal gain.

"If we had had this guy in the early days of the republic, I'm not entirely sure we would have survived," he said. "Part of what's working now, insofar as it is is, that we have nearly two and a half centuries of examples where the checks and balances of the constitutional system have worked."

"The framers designed the government for a moment like this," Meacham added. "They were quite prescient in many ways. What they -- and what I think really puts the weight on the rest of us -- is when they designed that to check and balance a president who was uncheckable and unbalanced, they counted on an informed, educated, engaged citizenry. That sounds like a Fourth of July homily or a sermon, but it smacks of being true."

Meacham said voters were as much to blame as Trump.

"Politicians are far more often mirrors of who we are rather than molders, and Trump right now is mirroring what the 40, 45, 48 percent of folks who, for whatever reason, support him come what may," he said. "If a certain number of those people begin to look at this and realize that the president of the United States has, in fact, put our Constitution, put our electoral system on eBay, then perhaps they will begin to think, you know what? The system itself is worth more than this particular moment of absolutism."

"The president of the United States is running a political shakedown racket," he added, "and it's just -- that's not even a partisan point at this juncture. Just look at the data, be driven by the data, and then make up your mind."