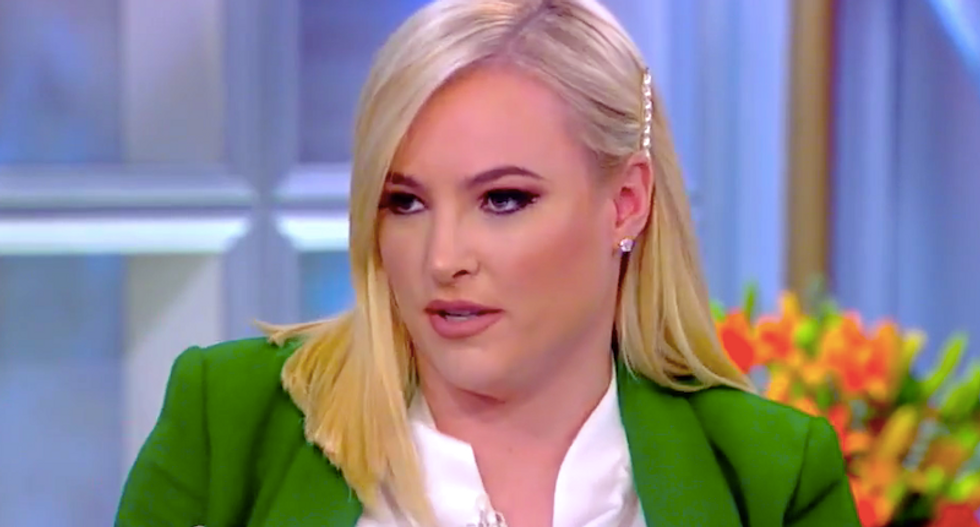 Meghan McCain tried to shrug off the jeers that cascaded over President Donald Trump at the World Series game -- and was promptly corrected by two of her co-hosts.

The president was met with boos and chants of "lock him up" at Sunday's Game 5 between the Washington Nationals and Houston Astros, and the conservative McCain argued the crowd was inherently anti-Trump.

"That's in the middle of the Washington, D.C. swamp," McCain said. "If he had been in, I don't know, (an Arizona) Diamondbacks game, it might have been a different reaction."

"Just look -- I think people are pissed at him," Goldberg said. "People are legitimately angry at him."

Goldberg was in Washington, and she saw a diverse group of fans wearing Nationals jerseys headed to the ballpark.

"It was a whole bunch of folks -- black, white, Latino, Asian," she said. "It was just a whole bunch of people, and I think people just -- they didn't want to give him very much because, in a way, you're all correct about what's going on. People are annoyed with him."

McCain said she wasn't criticizing the vocal protests, but she argued they weren't representative of broader public sentiment.

"Protesting is an American pastime," McCain said. "I'm not against it. I'm just trying to bring context to the audience."

Co-host Joy Behar, however, said the president got what he deserved.

"It a beautiful moment when we're using his words against him, let's face it," Behar said.

Co-host Sunny Hostin said the jeers were coming from the cheap seats.