‘They have a responsibility to not be stupid’: MSNBC’s Morning Joe slaps Trump’s ‘ignorant’ rally-goers for swallowing Trump lies 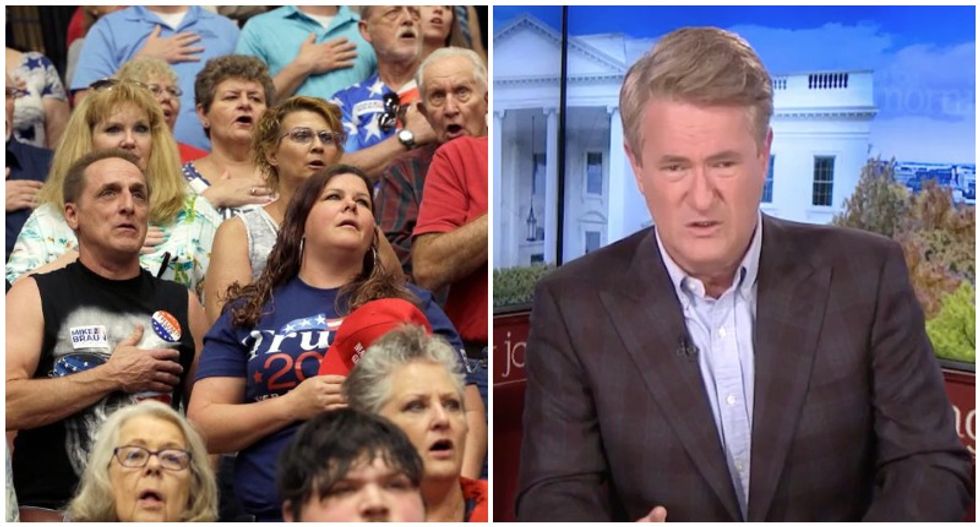 The president claimed his betrayal of the Kurds was actually keeping them safe, despite credible reports of war crimes against them by Turkey, and the "Morning Joe" host challenged rally-goers to open their eyes -- and believe what they see.

"The Kurds are going to be wiped out, and Donald Trump said it was a great deal for Turkey because Turkey doesn't have to kill millions of people," he added.

Trump is fully to blame for the ethnic cleansing that's already underway in Syria, which the president authorized Turkey to undertake and excused at the rally, but Scarborough said that Trump fanatics allow him to get away with those human rights abuses.

They're letting the president get away with horrific and obvious lies, and Scarborough said Trump fans should be ashamed of themselves.