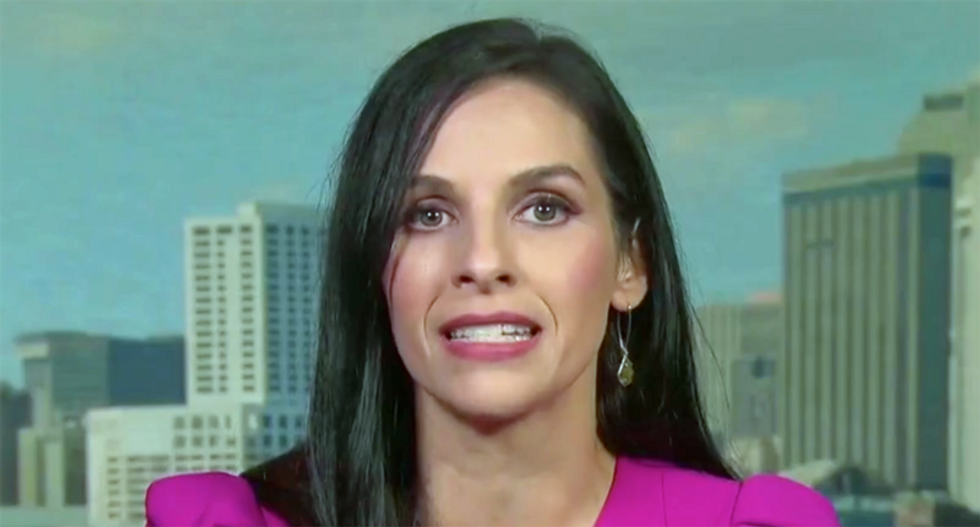 President Donald Trump's former assistant administrator at the U.S. Small Business Administration struggled to explain how an impeachment inquiry is a coup during an appearance on MSNBC.

Yet some Republicans have repeated Trump's conspiracy theory that there is a coup occurring.

Despite the fact a coup is not occurring, former administration official Holly Turner attempted to declare that there actually was a coup during an interview with the Rev. Al Sharpton.

"How are Republicans and the White House reading this and the silence by many of the Republican leadership sort of giving an indication that maybe they are trying to weigh which way they can go, given that they have many of their Senate seats up for re-election?" Sharpton asked.

"Well, there’s not been a whole a lot of silence," Turner claimed, despite the defeaning silence from vulnerable Republican senators.

"I think you heard a lot of Republican leadership call out this coup that is happening against the president right now," Turner claimed.

"When you say a coup, how is an impeachment inquiry based on a whistle-blower that the inspector general appointed by Trump said is of urgent concern? How is that a coup?" Sharpton asked.

Turner did not answer the question.

Sharpton repeatedly tried to get an answer from Turner, who could not provide a valid defense of her claim that there is a coup in America.