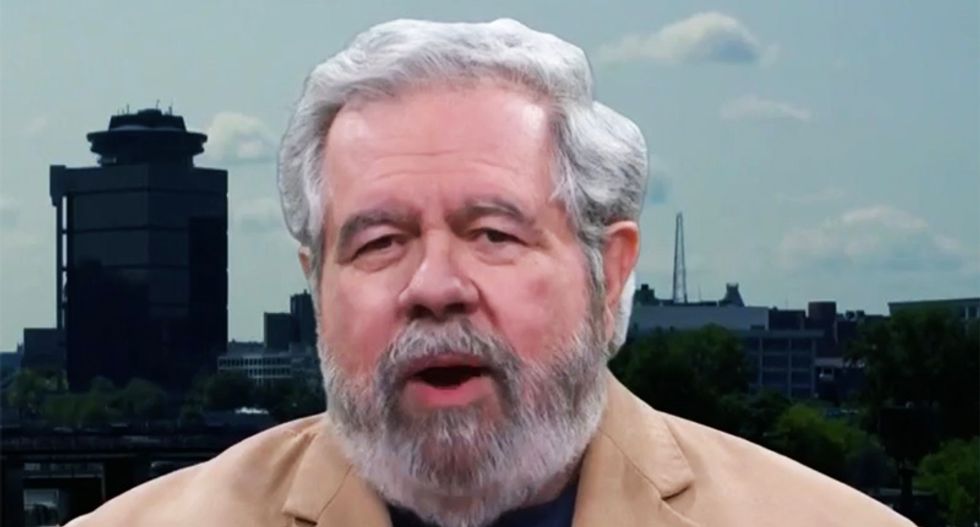 During an appearance on MSNBC on Saturday morning, a discussion of Donald Trump's self-dealing by deciding to have the G7 conference led Pulitzer Prize-winning journalist David Cay Johnston to note that the media missed the president's plan to milk his office for personal profit was on display one hour after he was sworn in.

Speaking with host Jonathan Capehart, Johnston noted Trump's constant need for cash flow throughout his career before hearkening back to 2017 and Trump's sparsely-attended inauguration.

Discussing Republicans turning a blind eye to Trump's many financial shenanigans since assuming office, Johnston said no one should be surprised.

"Let's not forget that within the first hour of his presidency, Donald Trump signaled his intention to be corrupt," the author explained. "The motorcade leaving the Capitol for the White House stopped on the street and the whole family go out and took a turn."

"Not one member of the TV networks reported where they were doing it, which was in front of the Trump hotel that has a lease saying no officer or employee of the government may have that lease. He's still there and people are paying tribute to him," he continued before adding, "He is running a racket. You pay tribute to the wannabe-dictator if you want some favor from him and, boy, has he been handing out favors. We have been documenting this at DC Report."