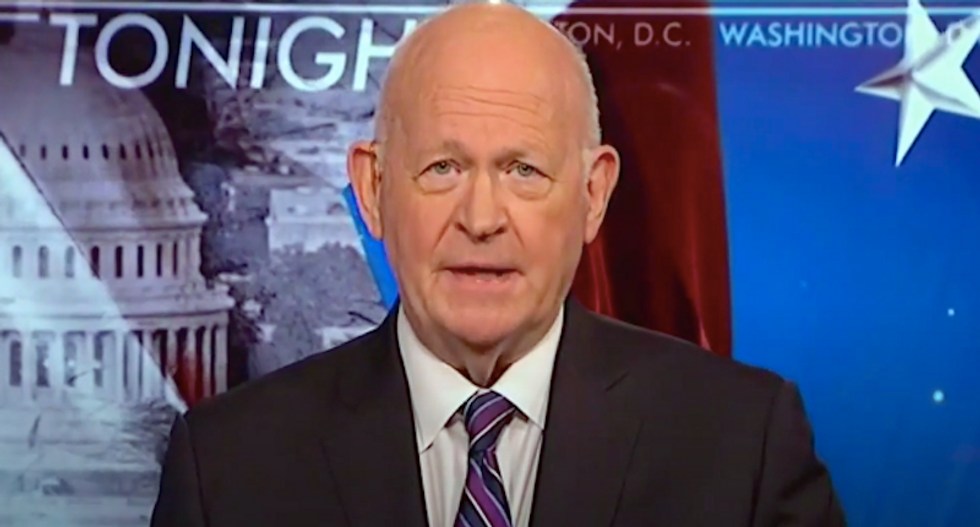 A Trump adviser admits he sought -- and received -- election help from China during a recent visit, but he won't say whether the president asked him to solicit the foreign assistance.

The president publicly asked China last week to investigate Joe Biden and his son, and Trump reportedly brought up the former vice president during a phone call with the Chinese president.

Pillsbury told Dobbs, a favorite of the president, that Chinese officials told him last week in Beijing that they see impeachment as "the weakening of President Trump."

“They think Nancy Pelosi is a factor in the China trade talks,” Pillsbury told Dobbs. “In a way, the Democrats are giving aid and comfort to the enemy. But that will hold the Chinese back from making the kind of concessions President Trump needs.”

Dobbs accused "radical" Democrats of "collusion with China" if the House Speaker was engaged in the trade talks, and then Pillsbury casually admitted to asking the foreign power to help Trump's re-election campaign.

“I tried to bring up the topic in Beijing,” he said. “Just tell me what happened with Hunter Biden. I have never seen them get so secretive in my life.”

“They would discuss ICBM warheads rather than talk about what Hunter Biden was doing in China with Vice President Biden," he added. "That is a big area now where the Chinese know they don’t want any American probe into what happened with Hunter Biden.”

The Chinese government denied an interest in investigating Biden, but Pillsbury told the Financial Times that he already had gotten “quite a bit of background on Hunter Biden from the Chinese."

Pillsbury tried to walk back that claim and denied making that comment to the newspaper, but the reporter shared the email the Trump adviser had sent claiming to have gotten Biden information from China.