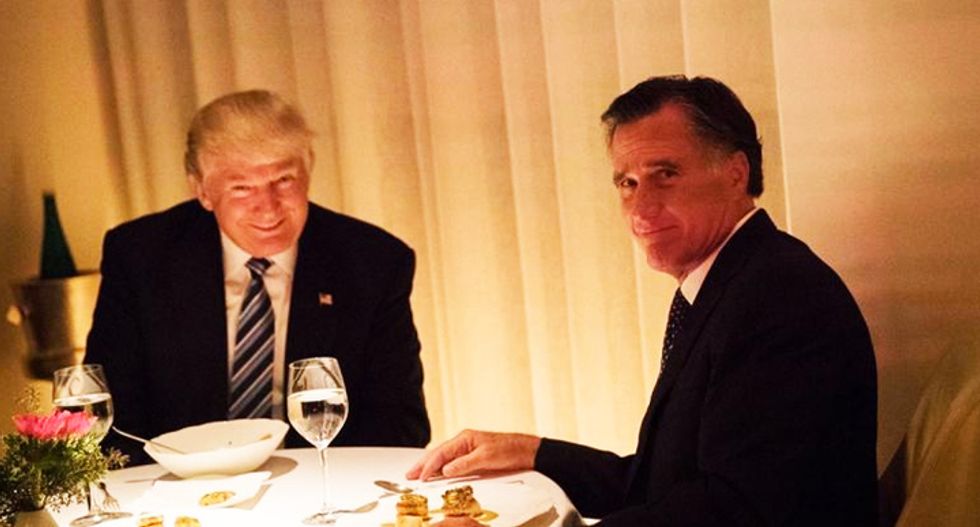 Hours after Donald Trump attacked Sen. Mitt Romney for being critical of his call for the Chinese to dig up dirt on former Vice President Joe Biden, the president was back for another round, calling for the Utah Republiocan to be impeached.

Claiming without evidence that voters in Utah are turning on their senator, Trump claimed, "I’m hearing that the Great People of Utah are considering their vote for their Pompous Senator, Mitt Romney, to be a big mistake. I agree! He is a fool who is playing right into the hands of the Do Nothing Democrats!" followed by:  #IMPEACHMITTROMNEY

Trump also claimed, bizarrely, that Democrats are attempting to interfere with the 2016 election -- three years after the fact.

It should be noted that sitting senators can't be impeached but they can be expelled, a distinction likely lost on the president.

I’m hearing that the Great People of Utah are considering their vote for their Pompous Senator, Mitt Romney, to be… https://t.co/EHjEsJ47ql
— Donald J. Trump (@Donald J. Trump)1570302378.0

Not only are the Do Nothing Democrats interfering in the 2020 Election, but they are continuing to interfere in the… https://t.co/yoKvnTXLLp
— Donald J. Trump (@Donald J. Trump)1570300431.0