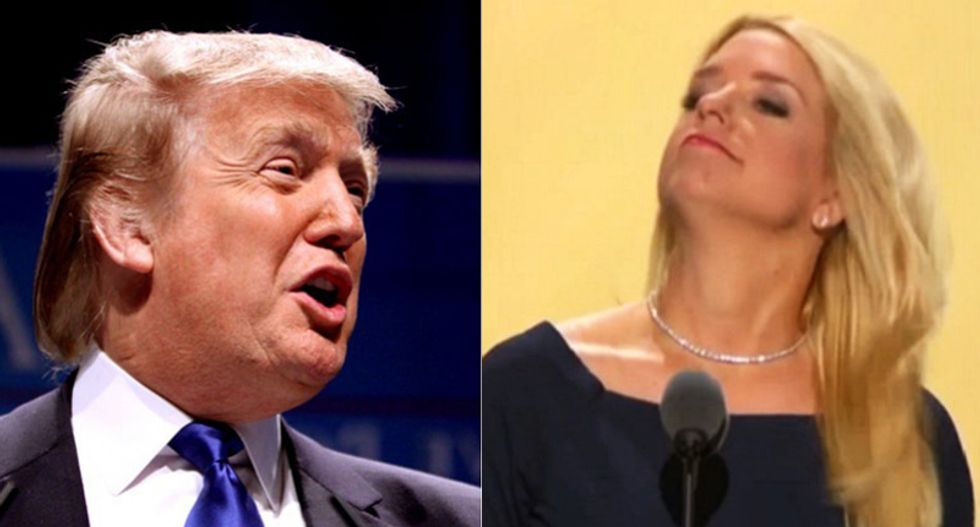 Politico is reporting that the White House is looking for outside help pushing back at the Democratic-led House's impeachment inquiry and is considering former Florida Attorney General Pam Bondi as the face of the administration's endeavors.

According to the report, "After weeks of scoffing at the notion of bolstering their forces for the impeachment battle, White House aides and allies are now planning to add a top communications specialist to the team to help President Donald Trump fight back against the Democrats’ inquiry, before noting, "Two names are under serious consideration for the job: Tony Sayegh, a former top Treasury aide, and Pam Bondi, the former Florida Attorney General."

With a Republican close to the White House saying, "There are a number of candidates, both inside and outside the building and maybe from other agencies,” Politico points out that Trump is an admirer of the blonde Bondi, who notably dropped plans for a state lawsuit against Trump University in 2013.

"Trump has long been a fan of Bondi, telling reporters last November that 'I’d consider Pam Bondi for anything,' as he weighed various shifts within his Cabinet. Sayegh led the White House’s dedicated communications effort for the Republican tax bill, which has been the Trump administration‘s star legislative achievement," the report states. "Both Bondi and Sayegh have been frequent presences on cable news, with Sayegh once serving as a Fox News contributor."