Trump downplays Osama bin Laden killing: My Baghdadi kill ’was the biggest there is' 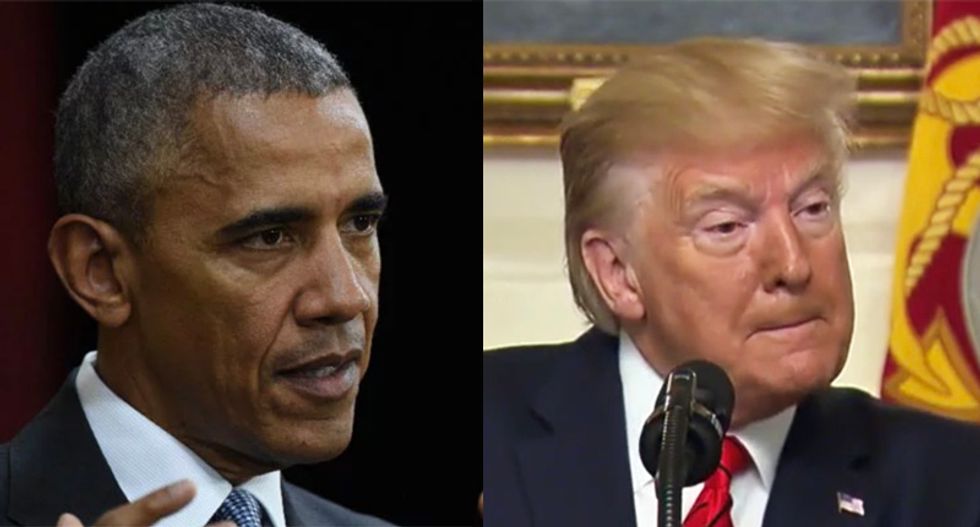 During a rambling press conference after announcing the death of ISIS leader Abu Bakr al-Baghdadi, President Donald Trump hyped up the military incursion while diminishing the attack that led to the death 9/11 mastermind Osama bin Laden in 2011.

Responding to questions about the military maneuver that resulted in Baghdadi reportedly killing himself, Trump couldn't help but compare the accomplishment on his watch to that of his predecessor President Barack Obama.

"Bin Laden was a big thing," Trump said unprompted, "but this is the biggest there is - this is the worst ever. Osama bin Laden was big, but Osama became big with the World Trade Center."

"This was a man who built a whole, as he would like to call it, a country, a caliphate, and was trying to do it again," the president continued. "Uh, I had not heard too much about his health. I've heard stories about he may not have been good health but he died in a ruthless, vicious manner, that I can tell you."