Trump has no strategy -- 'he has a festering vat of resentment in his heart that gurgles out': Charlie Pierce 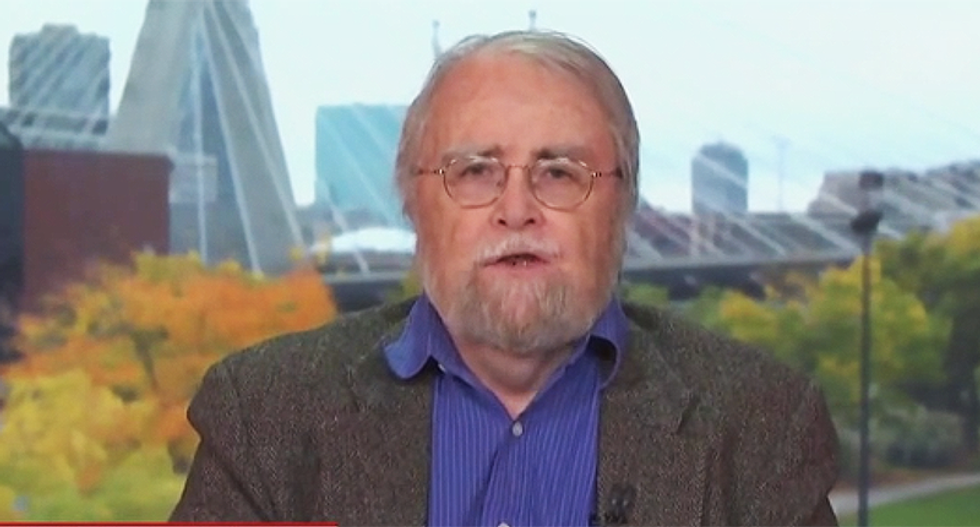 Esquire columnist Charlie Pierce appeared on MSNBC Tuesday to talk about his recent column destroying Republicans for refusing to stand up to President Donald Trump. He ultimately ended up talking about the president's public rants that end up taking himself down.

"Meanwhile, Rudy Giuliani carrying on about conspiracy theories, going on TV, showing his phone, pointing to texts, now claiming attorney/client privilege between him and the president," MSNBC host Ali Velshi said. "Weird, he is going on there, showing you what he wants to show you. You want to ask a question about something important, he says, 'no.'"

"And at the same time, you have the president standing in his driveway, admitting to what he’s done," Pierce said. "There’s evidence for the prosecution sitting in your B-roll vault now. You could put it on TV anytime you want."

Velshi wondered what the president's strategy is, when he not only admits to what he's done, he goes on to ask another country to do the same.

"China has apparently said we’re not going to do that, but the point is he asks everybody to do it out in the open, and it has the effect of normalizing the weirdness of it," said Velshi.

Pierce said he wasn't sure if it normalizes it when reporters like him and MSNBC could do their jobs to ensure it isn't normalized.

"This was a freak press conference," he said of Trump's statements. "It was like nothing I think I’ve ever seen. The president admitting to having committed an offense against the law, let alone on abuse of his office. Then proceeding to do it again with a different country and a different appeal, then to have his in Congress saying he was kidding. He wasn’t kidding, he ran his mouth. That’s what he does."

He said that this is another example of how the U.S. ended up leaving northern Syria and bailing on defending the Kurds. According to NBC News reports, Trump was trying to get off the phone with an angry Turkish president Recep Tayyip Erdoğan.

"The fact that he has a strategy, talk about normalizing something, the idea he thinks that far ahead for strategy is normalizing his presidency. He doesn’t. He has a festering vat of resentment in his heart that burbles out," Pierce closed.