Trump is trying to 'distract' from impeachment rather than be 'held accountable' for abuse of power: Congressman 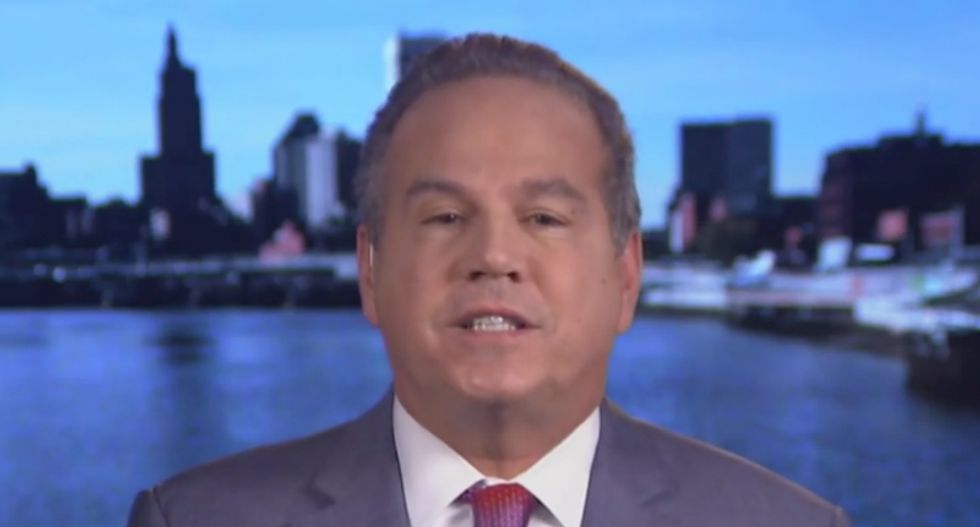 On Tuesday's edition of CNN's "The Situation Room," Rep. David Cicilline (D-RI) laid into President Donald Trump for his letter threatening the impeachment inquiry against him.

"In this letter, the White House argues that your impeachment inquiry is illegitimate and unconstitutional," said anchor Brianna Keilar. "What's your response to that?"

"It's not appropriate or permissible for the subject to challenge the process," said Cicilline, a member of the House Judiciary and Foreign Affairs Committees. "This has been underway, and now underway by six committees of jurisdiction. This is an effort to distract from the core allegations of the impeachment: The president of the United States pressured a foreign leader to gin up dirt on a political opponent, and withheld military aid as leverage to do that. This is shocking behavior. It was confirmed by the president's own admissions on camera. It was further confirmed by the transcript of the telephone call and finally confirmed by very elaborate whistleblower report that details the entire scheme."

"Every day we learn new evidence which corroborates this shocking behavior of the president, and rather than confront or answer or be held accountable to that conduct, he's attempting to challenge the process by which Congress is doing its oversight work," said Cicilline. "An impeachment inquiry that Congress has a responsibility to do. Despite their best efforts to distract the American people away from facts, we're going to continue to press for the truth, to gather up evidence and hold this president accountable."