Trump is trying to 'get rid of witnesses to a crime' with purge of employees at NSC: Ex-national security adviser 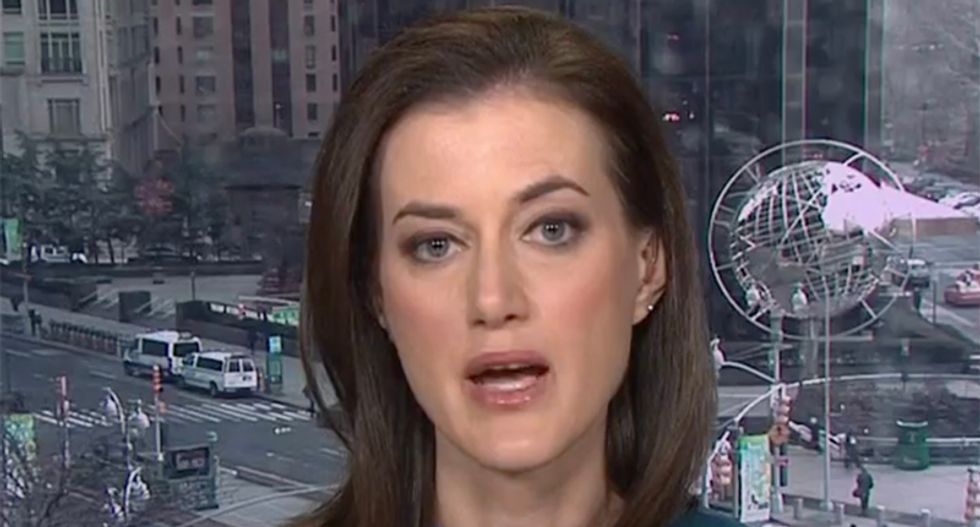 President Donald Trump's National Security Council is already plagued with confusion as impeachment proceedings move forward. But on top of that, the president now also wants to drastically reduce the size of the agency.

Speaking to CNN's Fredricka Whitfield, national security analyst and former Obama administration senior NSC adviser Samantha Vinograd suggested there is a sinister purpose to the downsizing: To reduce the chances of any more whistleblowers.

"What is the reaction to the report of scaling back, scaling back for this very important agency?" asked Whitfield.

"If President Trump wants his NSC to run more easily, he should start by engaging it," said Vinograd. "National security advisers have been shut out of key meetings, and it is not shocking to anyone watching to know that President Trump doesn't rely on the NSC. This appears to be on its face the president's legal strategy, getting rid of witnesses to a crime or crimes in the future. But if the president does arbitrarily shrink the size of the council, that will have real implications."

"What could he mean by 'more efficient with fewer people?'" asked Whitfield.

"There is a real argument to be made that having a bloated National Security Council is that the NSC is micromanaging roles that should be performed by departments and agencies, so if they get too big, that is not an efficient use of U.S. resources," acknowledged Vinograd. "That said, the president has not used his NSC from the get-go, so this argument doesn't really fly. A member of the NSC allegedly is a whistleblower that really brought to light misuses and abuses by the president and by shrinking the size, it seems like he is trying to do something that relates to resources."