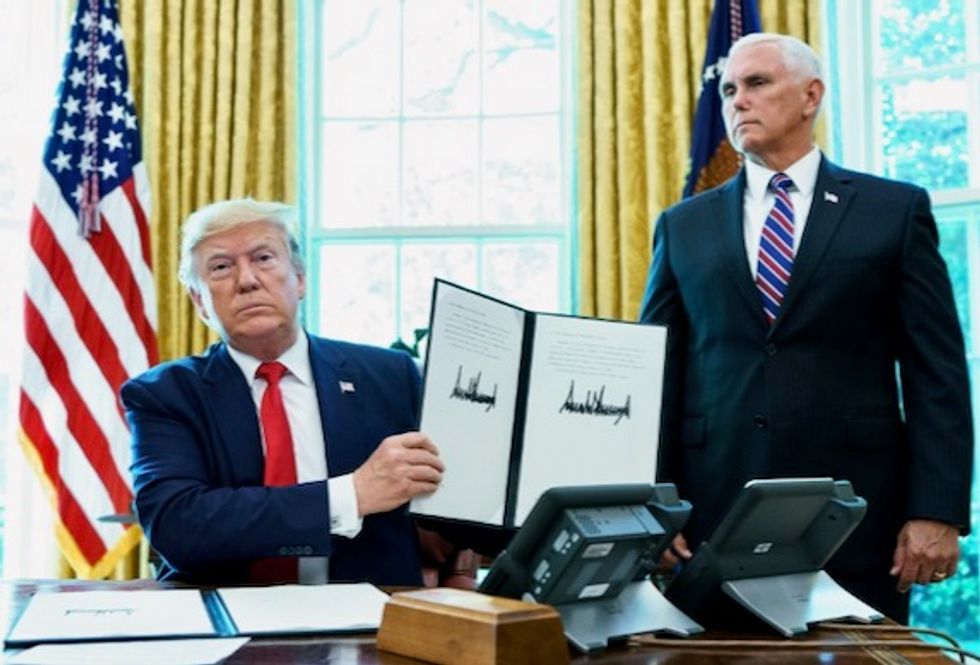 President Donald Trump is expected to sign an executive order on "transparency" on Wednesday.

According to The White House, Trump will have a 3:15 p.m. ET signing at the White House regarding executive orders on transparency in federal guidance and enforcement.

The event comes as Trump and his aides have stonewalled a congressional impeachment inquiry.