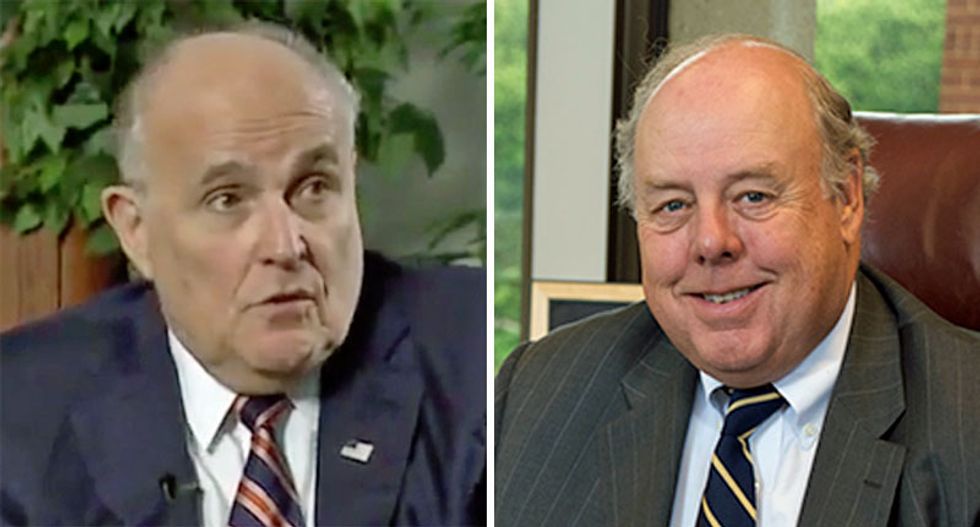 One of President Donald Trump's lawyers, John Dowd, is lashing out at Congress for seeking information from Rudy Giuliani's allies involved in the Ukraine conspiracy.

According to the Daily Beast, two Giuliani associates, Lev Parnas and Igor Fruman, are refusing to meet the deadline to produce documents related to their work on Giuliani's so-called Ukraine investigation.

Dowd, who previously represented Trump, said he needs more time to work with the clients to decide whether they'll produce any documents. The House has said that if documents aren't produced they will ultimately issue subpoenas for the documents.

“Your request for documents and communications is overly broad and unduly burdensome,” wrote Dowd. “The subject matter of your requests is well beyond the scope of your inquiry. This, in combination with requiring immediate responses, leads me to the inescapable conclusion that the Democratic Committee members’ intent is to harass, intimidate and embarrass my clients.”