Trump lawyer's own words show why stonewalling is an abuse of power: Ex-Whitewater counsel 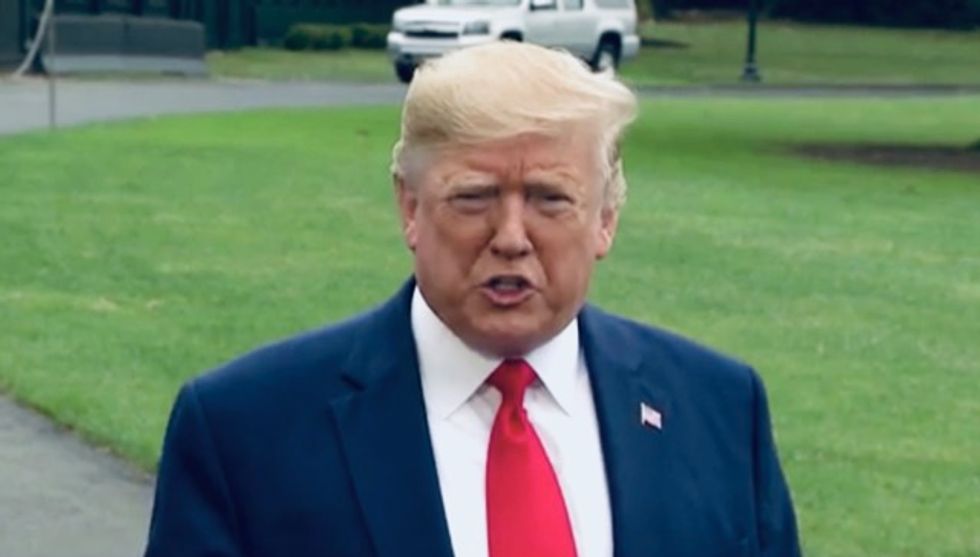 "Trey Gowdy sided the with the president on getting rid of Jeff Sessions, and he led Benghazi, and ... he's been on Fox News a lot, as well, recently," said anchor Erin Burnett. "But Trey Gowdy is not the kind of person who was always just a sycophant. Not at all. Here he is in 2012, they were talking about whether to hold A.G. Holder in contempt on Fast and Furious. The Justice Department refused to hand over some documents and here's what Trey Gowdy said."

"The notion that you can withhold information and documents from Congress, no matter whether you're the party in power or not in power, is wrong," said Gowdy forcefully in the clip. "Respect for the rule of law must mean something, irrespective of the vicissitudes of political cycles."

"So, Kim, do you think he just doesn't feel that way anymore?" asked Burnett.

"I think he made the case for why the White House's letter attempting to stonewall Congress, not completely and not just to specific issues, is flat-out wrong constitutionally," said Wehle. "It will be interesting to see if he ends up the Rudy Giuliani of the Ukraine situation, and that is, most lawyers in practice would be defending or attempting to defend this on the merits and that is on the facts ... we don't see that in the letter."

"Given the kind of evidence that's out there, out of the president's own mouth, that could be difficult, and he could be coming onboard to act as the spin person that will put out the message that the entire thing is unconstitutional, even though it's in the Constitution, given how things work with Mr. Trump, and the loyalty that he expects, and the message he expects, consistent with devotion to him and fidelity to him versus the rule of law and the Constitution," said Wehle. "I don't expect Mr. Gowdy to function as a traditional lawyer might."

US biotechnology firm Moderna on Monday said lab studies showed its Covid-19 vaccine remains effective against variants of the coronavirus first identified in the United Kingdom and South Africa.

But the positive news was tempered by the finding that there was a sixfold reduction in the level of highly-potent neutralizing antibodies produced against the South African variant, B.1.351.

Reuters legal reporter Brad Heath on Monday posted a lawsuit filed by multiple pro-Trump organizations against multiple government officials that sought to bar President Biden from enacting any further executive orders on the basis that he is not a legitimate president.