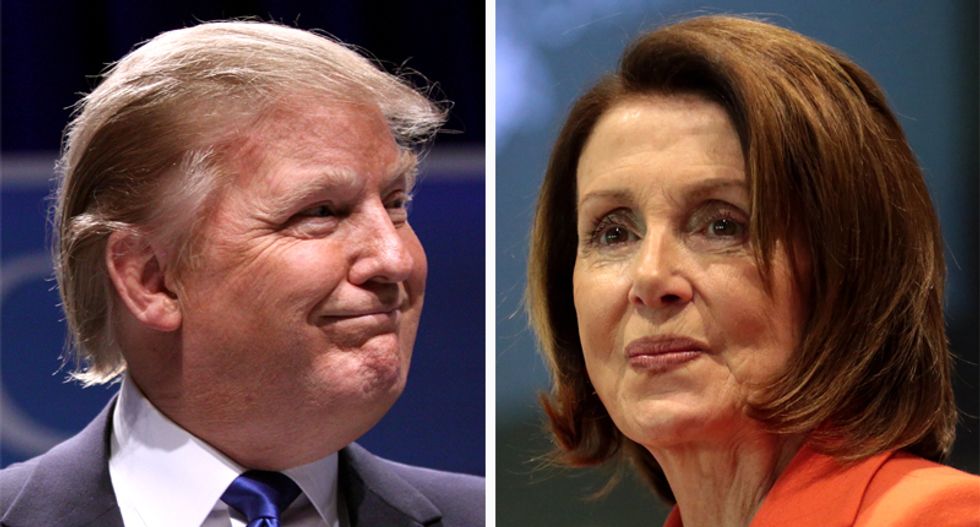 President Donald Trump's lawyers are expected to release a letter to Congress that tells them that the president and the White House will not cooperate with their impeachment inquiry.

The lawyers say in the letter that the House proceedings amount to an illegitimate investigation that is trying to overturn the 2016 election.

"The lengthy letter all but dares House Speaker Nancy Pelosi to hold a formal vote opening an impeachment inquiry into Trump, a step she has so far resisted. The letter claims Trump's due process rights have been circumvented without a vote and that Trump has no choice but to not cooperate," said CNN.

The letter also says that the White House will continue to refuse any subpoenas or requests for information.

Impeachment inquiries open up access to this information under the law, but Trump is playing chicken with Democrats, who have yet to imprison anyone for not complying with a subpoena.

It's unclear how far Democrats are willing to go to enforce the laws.

"As you know, you have designed and implemented your inquiry in a manner that violates fundamental fairness and Constitutionally mandated due process," the letter says according to CNN's Jim Acosta. "You have denied the president the right to cross-examine witnesses, to call witnesses, to receive transcripts of testimony, to have access to evidence, to have counsel present and many other basic rights guaranteed to all Americans."

The letter presumes that an impeachment hearing is the same as a criminal prosecution, which it is not. As Robert Mueller stated in his report, due to the Office of Legal Counsel's decision, a sitting president cannot be indicted. Impeachment is not an indictment, rather it decides whether the president should be fired from his position.

Crooked Media editor-in-chief Brian Beutler called it a "Jedi mind trick" in efforts "to convince Democrats they'd suffer consequences for voting to sanction the impeachment inquiry while recognizing all along that the vote is actually perilous for THEM."