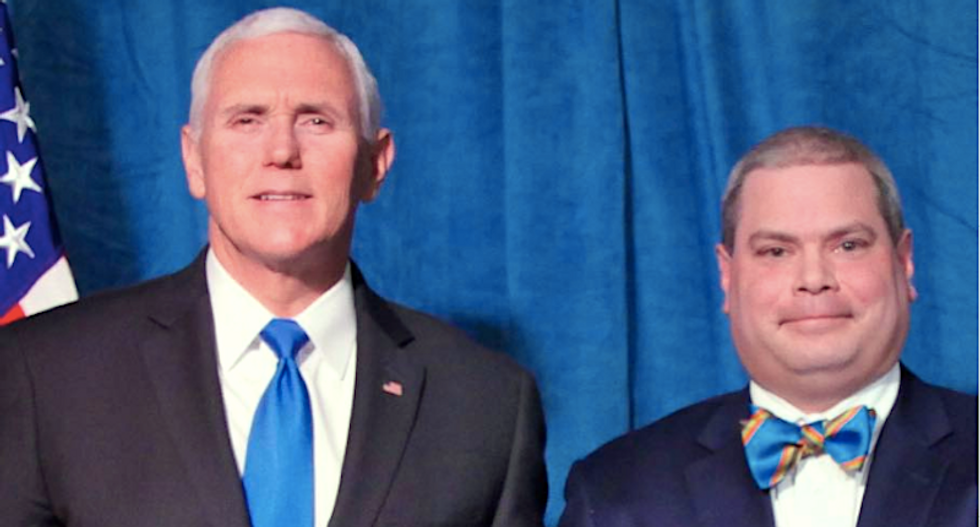 A white conservative candidate for Cincinnati Public Schools board was accused by a current board member of trying to mislead voters about his race.

Steve Megerle, who's running in a nonpartisan special election for a two-year term on the school board, pushed out a campaign ad showing a black couple and three children, with the caption, "protecting taxpayers," reported the Cincinnati Enquirer.

"This is wrong," wrote school board member Mike Moroski on Twitter. "Megerle is a white guy pretending to be black to get votes."

Megerle denied the allegation as "nonsense," saying it was a "partisan attack."

The Tea Party conservative previously served a decade ago as a city commissioner in nearby Covington, Kentucky, but pleaded guilty to violating campaign finance restrictions and failure to identify campaign contributors and advertisers for a series of controversial ads.

A Kenton County judge said those ads were intended to "stoke the fires of bigotry" against LGBT people.

Those misdemeanor charges have been expunged from Megerle's record, and he later served as chief of staff to Cincinnati city councilman Jeff Pastor.

Megerle has proposed using community block grant funding for down payments on houses for black teachers to attract more of them to the school district, and he also hopes to partner with historically black colleges and universities to offer signing bonuses to black teachers.

"Seventy percent of the students in our failing Cincinnati Public Schools are African-American," Megerle said. "I am running so the children can have a chance to succeed and rise out of poverty."

"The actual candidate is a joke of a Conservative who used to work at City Hall," said city councilwoman Tamaya Dennard. "Don’t be deceived... I think inclusive ads are great but that isn’t what is happening here. He’s trying to deceive people."

City councilman Chris Seelbach called the ad "disgusting" and misleading -- but said he was not surprised.

Megerle's campaign website features a photo of himself, but does not mention his tenure on the Covington city commission and does not specify that he worked for the controversial Pastor -- who was accused of attempting to buy votes before the 2017 election.

"It's sad that partisan city councilmembers and a school board member are obsessed with tales of the past because I am focused on taking our schools from failing to first,” Megerle told the Enquirer. “My priorities will always be fighting for students, parents, and taxpayers."