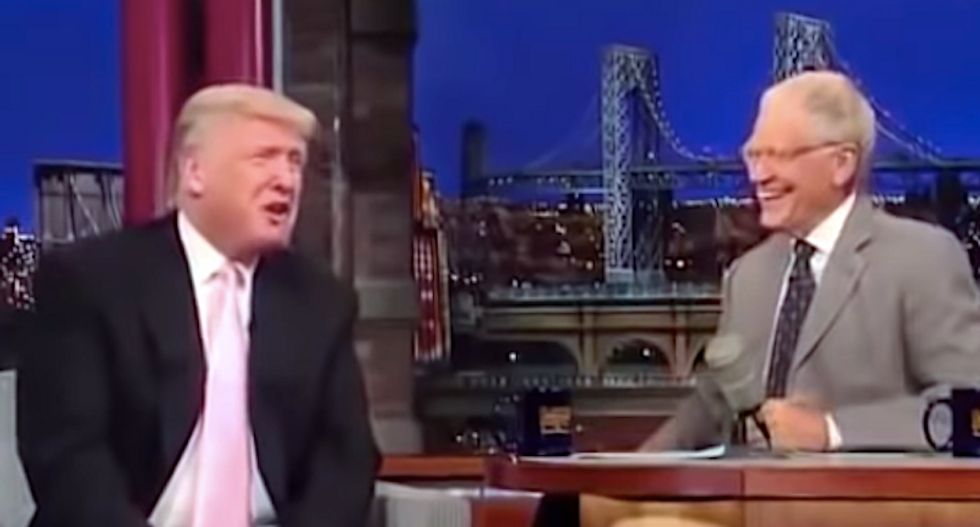 President Donald Trump has a habit of praising dictators, neo-Nazis and other unsavory characters as fine and decent people, and now that also applies to mobsters.

A newly unearthed video shows Trump grudgingly praising the New York mob during a 2013 appearance with CBS' "Late Show" with David Letterman, who asked point-blank whether he had ever knowingly done business with organized crime, reported The Guardian.

Rep. Adam Schiff (D-CA) infuriated the president by comparing him to a mafia boss, which the House Intelligence Committee chairman dramatically illustrated by paraphrasing Trump's phone call to Ukrainian president Volodymyr Zelensky, but he admitted to Letterman that he personally liked some of the mobsters he'd met.

“I have met on occasion a few of those people," Trump told Letterman. "They happen to be very nice people.”

Trump once shared a lawyer, the late Roy Cohn, with “Fat Tony” Salerno, head of the Genovese crime family, and John Gotti, who headed the Gambinos, and Trump Tower was built in the 1980s using ready-mix concrete that was almost certainly bought from mob leaders.

Wayne Barrett, the late Village Voice reporter who traced Trump's dealings for decades, once observed that the future president's life “intertwines with the underworld."

Although he found some of those Mafia characters to be "very nice" personally, Trump gave Letterman a warning about doing business with them.