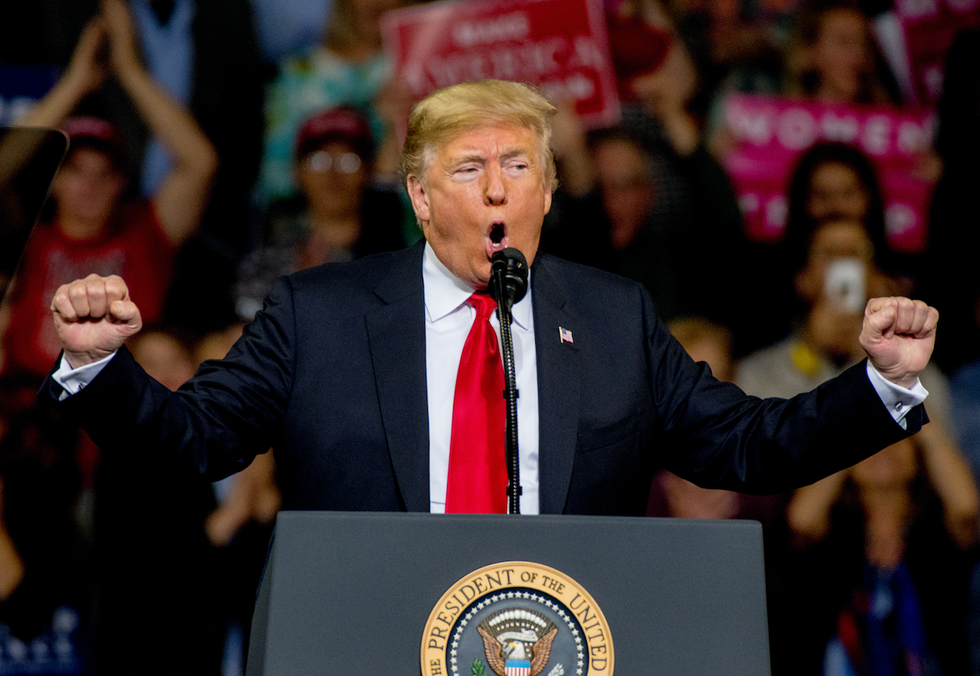 In the wake of President Trump's decision to withdraw 100 to 150 U.S. troops from northeast Syria, a growing chorus of Republicans are voicing their displeasure with the move, which essentially gives Turkey a green light to launch an offensive against U.S.-allied Kurdish forces in the region.

Speaking to Fox & Friends this Monday morning, Graham slammed Trump's "impulsive decision," saying it has "undone all the gains we've made" and "thrown the region into further chaos."

"I hope I'm making myself clear how shortsighted and irresponsible this decision is in my view," Graham said. "This to me is just unnerving to its core."

Also speaking to Fox & Friends was McCarthy, who said that the U.S. is breaking its commitment to the Kurds.

"If you make a commitment and somebody is fighting with you, America should keep their word," McCarthy said.

In a tweet this Monday, former Arkansas governor-turned right-wing political pundit Mike Huckabee wrote that while he generally supports Trump's foreign policy, he thinks it's a "HUGE mistake" to abandon the Kurds.

"They've never asked us to do THEIR fighting-just give them tools to defend themselves," Huckabee wrote. "They have been faithful allies. We CANNOT abandon them."

Even Trump's former envoy for the fight against ISIS slammed Trump over the decision. In a tweet Sunday night, Brett McGurk declared that "Donald Trump is not a Commander-in-Chief."

"He makes impulsive decisions with no knowledge or deliberation," McGurk wrote. "He sends military personnel into harm’s way with no backing. He blusters and then leaves our allies exposed when adversaries call his bluff or he confronts a hard phone call."

"This decision ignores lesson of 9/11," she tweeted. "Terrorists thousands of miles away can and will use their safe-havens to launch attacks against America."

Withdrawing US forces from Northern Syria is a catastrophic mistake that puts our gains against ISIS at risk and th… https://t.co/Z0ZrIK2gbC
— Liz Cheney (@Liz Cheney)1570452808.0

In a series of tweets this morning, Trump said that his decision to withdraw troops from Syria was just another move in his push to get America out of "Endless Wars."

"WE WILL FIGHT WHERE IT IS TO OUR BENEFIT, AND ONLY FIGHT TO WIN," Trump declared in all caps.