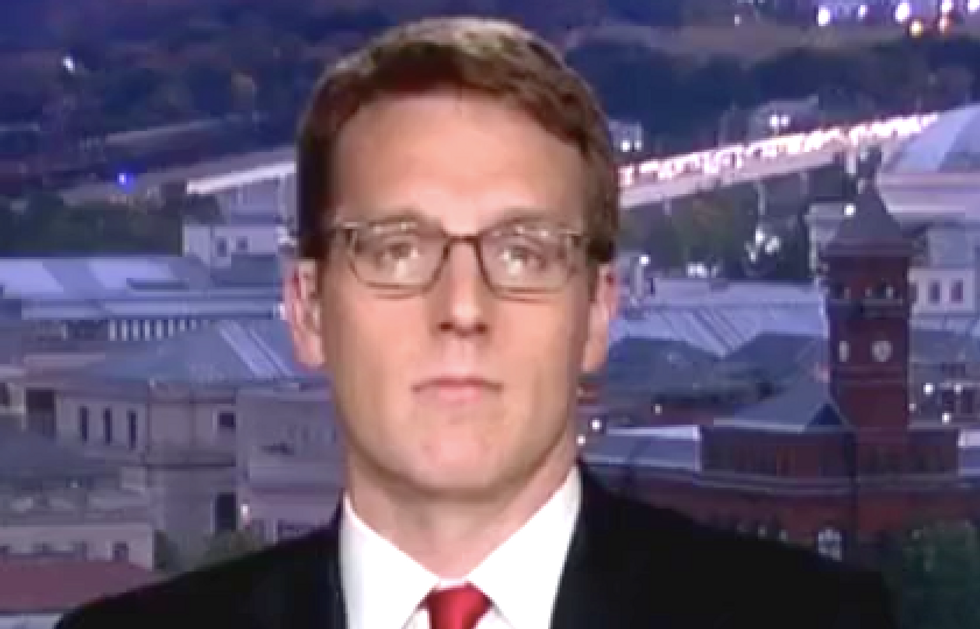 Washington Post reporter David Fahrenthold has followed the shocking ways in which President Donald Trump has used the office of the presidency to score profits for the Trump Organization. When speaking to MSNBC Thursday, Fahrenthold said that it's hard to believe the claim that no place in the United States is as nice as Trump's resort.

In a press briefing, chief of staff Mick Mulvaney said that they managed to isolate 12 possible locations for the G7, then cut the list down to four, of which Trump Doral Miami was one.

Mulvaney then took it further, saying that Doral was doing exceptionally well as a property for Trump. It prompted host Katy Tur to ask if Doral is doing that well for the president's pockets.

"No. We’ve been looking at internal documents from the Trump Organization that say that Doral is, in their words, severely underperforming," said Fahrenthold. "The net operating income, basically, the profit that that resort produces fell 70 percent between 2015 and 2017. Just two years. And so they’re going to be putting people and money and occupancy into it — not only into a hotel that’s doing poorly, but in the worst time of year. June is usually the second-worst month. Only 38 percent of its rooms are generally occupied. Because who wants to be in Miami in June on vacation, now they’re going to fill the hotel with people and money during that period."

In the past, the G7 has been hosted in Houston, Texas, at an island off the coast of Georgia and Camp David.

"We’ve held it other places," Fahrenthold continued. "Yes, if you looked at my basement and the YMCA down the street and the Doral, you might decide that the Doral was the best option. Until you know what other places they looked at, it’s hard to say how Doral compares. But it’s certainly that this is not the only place in America where you could have held an event like this."

A "war room" set up in a luxury Washington hotel by advisors of president Donald Trump has become the focus of the congressional investigation into the violent January 6 attack on the US Capitol.

Trump strategist Steve Bannon and legal consultants Rudy Giuliani and John Eastman worked in suites at the Willard InterContinental across the street from the White House in the days surrounding the attack, in which Trump supporters stormed Congress to halt certification of Democrat Joe Biden's presidential election victory.