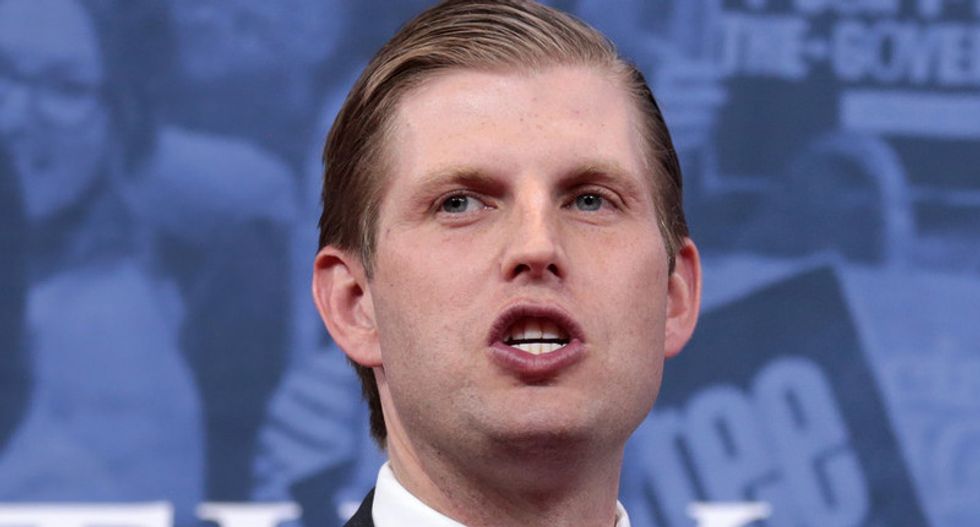 The Trump Organization is exploring a sale of the rights to its highly-controversial Washington, D.C. hotel, a stunning move given how much the president brags about the property. The Wall Street Journal reports the Trumps are looking at a price tag of about a half-billion dollars, or $2 million per room.

“People are objecting to us making so much money on the hotel, and therefore we may be willing to sell,” vice president Eric Trump claimed in a statement.

“Since we opened our doors,” the president’s middle son added, “we have received tremendous interest in this hotel and as real-estate developers, we are always willing to explore our options.”

Legal and constitutional experts have repeatedly said Trump’s ownership of the prominent D.C. hotel, which sits in the Old Post Office, a building the Trump Organization leases from the federal government, is a violation of the Emoluments Clause.

Foreign dignitaries know, and have even acknowledged, they rent rooms there in an attempt to please the American president.

Some are not buying Eric Trump’s claim.

“The Trump Hotel lease is for sale because the Trumps fear revenue plummeting if Trump is gone by 2021,” says former Obama DOJ and DHS appointee Eric Columbus, “not because they’ve suddenly found an ethical compass.”