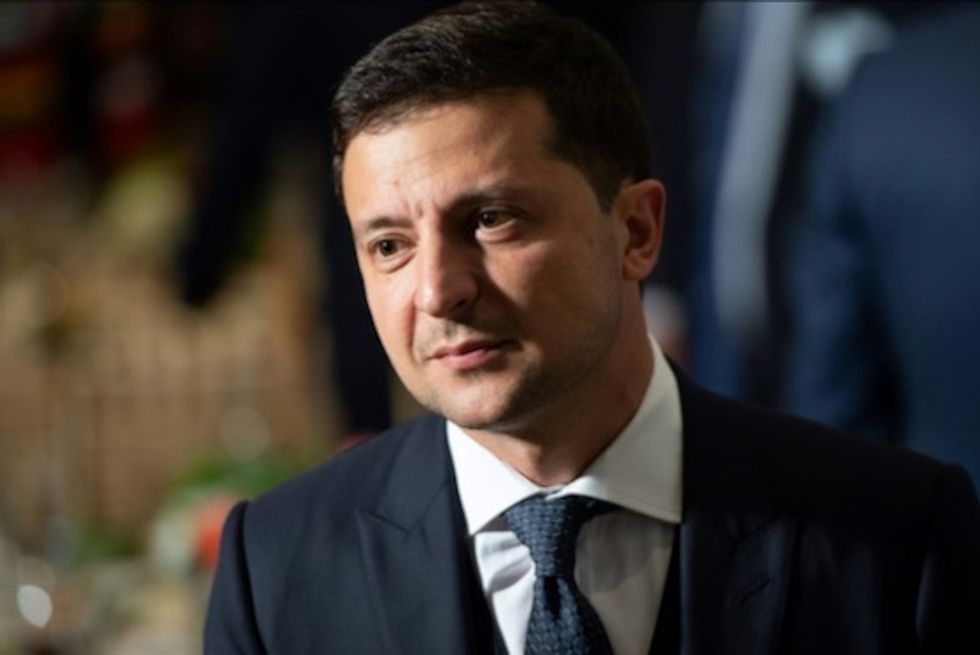 Ukraine's President Volodymyr Zelensky has called on the nation not "to give in to provocations;" Zelensky is pictured September 24, 2019 AFP / SAUL LOEB

Ukrainian President Volodymyr Zelensky on Thursday called on the nation not "to give in to provocations" after protests broke out against giving war-ravaged separatist-held territories in the east broad autonomy.

More than a 1,000 protesters rallied in central Kiev on Wednesday after Ukrainian, Russian and separatist negotiators this week agreed on a roadmap for the regions held by Kremlin-backed rebels.

The peace plan envisages special status for such territories if they conduct free and fair elections under the Ukrainian constitution.

The announcement sparked anger in Ukraine where broader autonomy for the separatist-held regions remains an explosive issue. A new rally is planned for Sunday.

The Ukrainian conflict between Kiev forces and Russian-backed fighters broke out in 2014 and has since claimed more than 13,000 lives.

"I respect the constitutional right of every Ukrainian to protest, I hear you and trust me -- I will never betray Ukraine," Zelensky said in a video address to the nation on Thursday.

The 41-year-old president, who came to power in May, implored Ukrainians to keep a cool head and not to "give in to manipulations and provocations of some individuals."

"They really want to use you," he said without being specific.

He said all of society would be involved in drawing up new legislation on the status of the separatist-held territories known locally as Donbass.

"All of us understand that Donbass is Ukraine," he said.

Zelensky and Russian President Vladimir Putin could meet for the first time as early as this month in talks aimed at ending the conflict in eastern Ukraine.

The provisional agreement of a plan for the separatist-held regions was a key condition set by Moscow for a meeting.

Such a meeting would also be attended by French President Emmanuel Macron, who has been spearheading the drive for peace in Ukraine, and German Chancellor Angela Merkel. It would be the first such summit since 2016.

Some see it as a potential compromise between Kiev and Moscow but many critics fear the West has tired of Ukraine's long-running crisis and will push Zelensky to make damaging concessions to Russia.