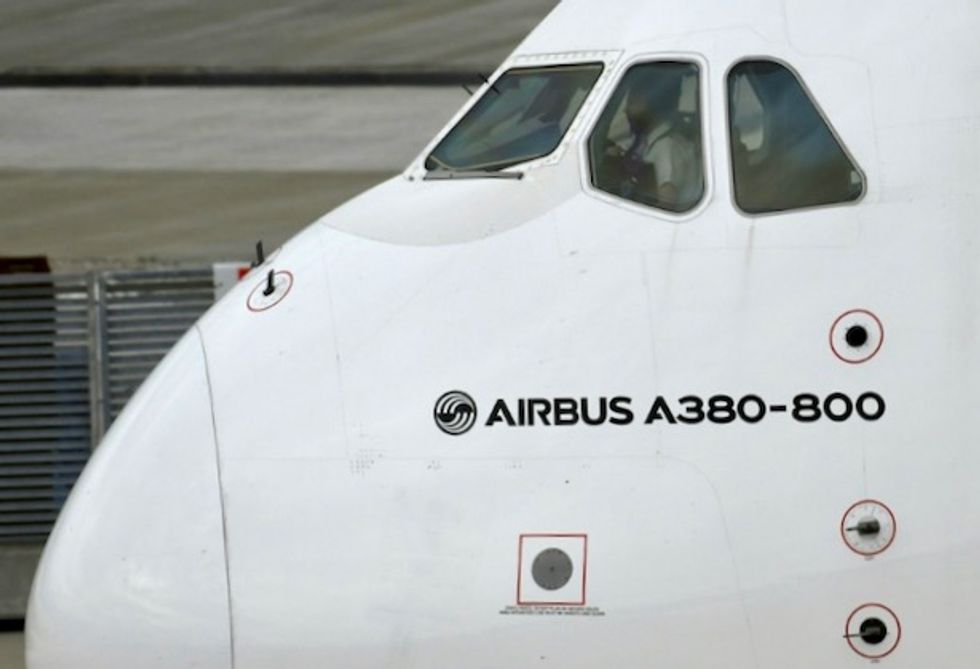 Hours after the United States imposed tariffs on a record $7.5-billion worth of European Union goods on Friday in a dispute over Airbus, there were signs the combatants might be ready to negotiate a settlement.

French Economy Minister Bruno Le Maire lambasted the US move, calling it a "hostile act" from an ally but later said Washington had "opened the door" to talks to pull back the tariffs on French wines, Scottish whiskies and Spanish olive oil.

The scope of the talks should be "as broad as possible," Le Maire told reporters on the sidelines of the annual meetings of the World Bank and International Monetary Fund.

And as for the timing, "the sooner the better," he said following a meeting with US Trade Representative Robert Lighthizer.

Le Maire, who has said the EU would have no choice but to retaliate should the tariffs remain in place, also met Thursday with US Treasury Secretary Steven Mnuchin.

The US tariff onslaught caps a nearly 15-year dispute over government support for Airbus, which the WTO found violates global trade rules.

But the latest round of tariffs also come as Washington is mired in a trade war with China and is threatening to put duties on European cars, risking further destabilizing the global economy further.

Le Maire warned that a US-EU trade dispute would only aid China.

AFP / Andrew CABALLERO-REYNOLDS French Finance Minister, Bruno Le Maire met with US officials on the sidelines of the IMF annual meetings and said Washington has opened the door to negotiations

"We don't want to negotiate with a gun (to) our head. Because when you have a gun to your head, you don't have any other choice but to retaliate," he added.

In the line of fire are civilian aircraft from Britain, France, Germany and Spain -- the countries that formed Airbus -- which face an additional 10 percent tax when imported to the US.

But the tariffs also target consumer products, including goods such as French wine, which Trump had vowed to attack in recent months, wine from Spain and Germany and cheese from Britain.

The tariffs kicked in after the World Trade Organization gave formal approval earlier this month.

The Europeans advocate negotiation over conflict and expect the WTO next year will authorize the EU to retaliate against the United States in a parallel case over subsidies for Airbus' American competitor Boeing.

Brussels in July offered to call a truce on subsidies for the aviation companies, in which both sides would admit fault and agree to curtail state aid -- to no avail.

As recently as Wednesday, Trump singled out the Europeans for being unfair with the United States on trade but said his door was open for talks.

The US Trade Representative's office did not respond to a request for comment but White House trade advisor Peter Navarro laid the blame on the EU.

"The Airbus tariffs was a result of more than a decade-long suit that President Trump brought to fruition in Trump time," Navarro said on Fox Business.

"It's important to get Airbus to stop subsidizing so we can have our own air industry here," Navarro said on Fox Business.

And, he cautioned, "they can't retaliate under the rules of the World Trade Organization."

Le Maire was clear that the EU would not retaliate in the Boeing case until the WTO makes a final ruling next year.

The Europeans fear above all that Trump will impose heavy duties on imports of European cars around mid-November.

This would be a serious blow for the German automotive sector in particular, even if giants such as Volkswagen or BMW also manufacture in the United States.

"Our products are very hard to bring in (to Europe)" when Europeans easily import their cars into the United States, Trump said.

The Airbus-Boeing disputes is just one of several issues stoking transatlantic tensions that quickly descended into acrimony when Trump took office in 2017.

Trump embraced a protectionist agenda, slapping import duties on steel and aluminum from the EU and other allies, while also threatening tariffs on cars.

The US leader and European Commission President Jean-Claude Juncker agreed in July 2018 to a ceasefire in the conflict to hold trade talks that have so far led nowhere.

The epic legal battle between Airbus and Boeing at the World Trade Organization began in 2004 when Washington accused Britain, France, Germany and Spain of providing illegal subsidies and grants to support the production of a range of Airbus products.

A year later, the EU alleged that Boeing had received $19.1 billion worth of prohibited subsidies from 1989 to 2006 from various branches of the US government.

The two cases were then tangled up in a legal quagmire, with each side being given partial vindication after a long series of appeals and counter appeals.